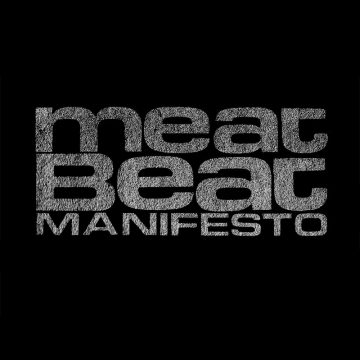 Composer Jack Dangers is the mastermind behind Meat Beat Manifesto. His creations generally sound futuristic and mathematically planned down to the last second. Those themes are still found in TOUR ONLY, even if it’s a bit short.

Meat Beat Manifesto was originally created in the late ’80s by Dangers and Johnny Stephens; however, Dangers has been the only permanent member of the band. As mentioned before, Meat Beat’s sound through the years has been futuristic and electronic created by using a large variety of different sounds. Dangers is also known for remixing popular artists such as David Bowie, Rob Zombie, and Depeche Mode (something well worth checking out).

For an electronic album, the songs are very smooth and intricate. There are a lot of synth sounds that seem random but are played on a loop to make patterns; there are different uses of auto tone or clips of people talking so it doesn’t sound like the same voices repeatedly overused. There’s also a nice mix of these digital beeping sounds or chimes combined with organic sounds from real instruments that sound like they may not be playing something necessarily melodic, but it sounds great when put into the tracks. The mix of digital and non-digital is a great combination.

Although it’s fairly short, the collection of songs is unique in its own way. “Falling Upright 1 – 3” doesn’t sound like a single song. Overall, it’s this smooth tune that sounds like it’s something that may be played in a lounge, but it has three points of transition into something slightly different. “Ear – Lips” sounds a little grittier, but it’s still fairly smooth and features an interesting humming/beatbox through the entire song. “Forced to Lie” is smooth again and features several voice clips ranging from one clear and easy to hear voice to unintelligible whispering.

Although the album is a little short and doesn’t feature many songs, it’s in no way short of creativity. Meat Beat Manifesto has thought out some interesting and unique combinations to create music, even if it’s only experienced through three tracks. One thing is for sure: to get the best experience out of this EP, use headphones.

Music and writing have always been a big part of Sabrina's life. She would "borrow" her dad's rock and metal CDs from his collection and listen to them while going through the art books. Although she doesn't write angsty poetry anymore, she does have a Bachelor's Degree in Journalism which she uses to pursue a creative career path. When she's not writing, Sabrina can be found juggling a coffee cup and DSLR or Instagramming her food.
RELATED ARTICLES
jack dangersmeat beat manifestoreybee