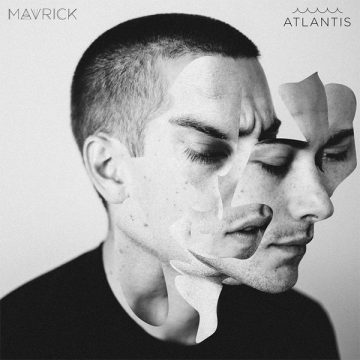 Mavrick’s Atlantis is a melodically interesting album because of how simple and clean it is. There isn’t anything too messy or noisy in it, but that being said, simple doesn’t mean boring. It’s raw, emotional, and soulful with lyrics anyone can relate to.

Unlike many musicians, music wasn’t initially a large aspect of Marcus Sennewald’s life until he was a teen when a friend of his returned home as a sound engineer. This led to him meeting several songwriters and even his manager, who helped get him started in the music scene. His single “Remedy” caught the attention of Apple Beat’s Zane Lowe who demanded more new songs from Mavrick.

The album features a nice mix of fun songs that’ll get you dancing and some that are more mellow to enjoy on a rainy day. Although it’s a little short, it still gives a lot to the audience. The lyrics are thoughtful, the songs are catchy, and there’s a good combination of electronic beats and physical instruments.

Atlantis opens up strong with the catchy “Let It Burn.” Right from the beginning, it catches the audience’s attention and works as a great hook to get them interested. It features a buildup with multiple voices chanting in the chorus accompanied by an electronic beat underneath it. It’s one of the songs that really sticks out on the album because of how much fun it is.

“Keep Calm” is the song that really sticks out on Atlantis. Not only is it catchy and emotional, but it’s loud, proud, and overall just a great feel-good song. It opens up with vocalists belting out their chords in unity. It serves as a great reminder that when things get tough to keep on truckin’ by keeping calm and holding your head up. It would have been nice to put it at the end to wrap everything together full circle, but it still works where it is.

What’s also great about Atlantis is that each song sounds different from the next, but they still flow well together and don’t sound choppy when going from one to the other, which isn’t an easy task.

Atlantis is a great album for Pop fans who aren’t into Top 40 or people who are looking to make a Sunday Morning Vibes playlist.

Music and writing have always been a big part of Sabrina's life. She would "borrow" her dad's rock and metal CDs from his collection and listen to them while going through the art books. Although she doesn't write angsty poetry anymore, she does have a Bachelor's Degree in Journalism which she uses to pursue a creative career path. When she's not writing, Sabrina can be found juggling a coffee cup and DSLR or Instagramming her food.
RELATED ARTICLES
album reviewsatlantismavrick
7.0