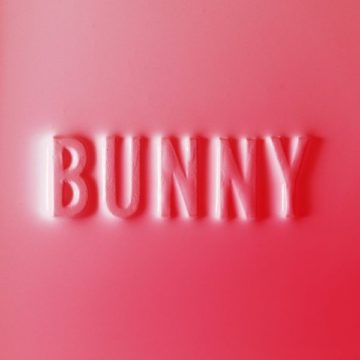 As the final days of the year begin to tighten down, it’s a good time to take note of the number of notable pop releases that have all worked to eschew traditional musical structure. However, with nearly a year of these experimental dives crafting a particularly daunting stage to walk across, singer and producer Matthew Dear has managed to step onto a level that towers above the rest with Bunny, his first album in six years. Piloting across a fairly schizophrenic music career ranging from dance-music DJ to sonic explorer, he uses those previous faces of his as manipulations into his work, laying the ground for a dark and altruistic approach to the pop format.

While a lot of his contemporaries have chosen to grind down a path of introspection with their sound, Matthew Dear works hard to move beyond them while not losing the qualities of catchiness and listenability. The result is a tremendous payoff of creativity, tapping into more fluorescent styles on songs like “Calling” and “Bad Ones” (the second on the album to feature collaboration with Tegan and Sara), bending those upbeat sensibilities with the gravely, cryptic tone of his voice, channeling Bowie’s signature croon. Even when he’s working to captivate the listener with full-bodied rhythms ranging from early house and hip-hop, new wave, electronica, and even the funk-laced disco of “Electricity,” he doesn’t lose the advantages that the music presents him to lay down layers of post-modernist pop through wheezing synths and notes of frequency that heighten the atmosphere, which is something he seems to take considerable care in maintaining, even while sharpening his hooks that dig into your skull and refuse to let go, — not that you really mind them being there, not when they sound this good.

The Spill Magazine is a Toronto-based online publication dedicated to covering the independent music scene with a strong focus on our thriving hometown talent. Our writers bring you up-to-date news, in-depth features on musicians and reviews for the latest CD releases. We also travel to the front lines for all local festivals including Canadian Music Week and North by Northeast. Don’t forget to check out our Facebook and Twitter pages for all daily Spill updates.
RELATED ARTICLES
album reviewalbum reviewsghostly international
7.0