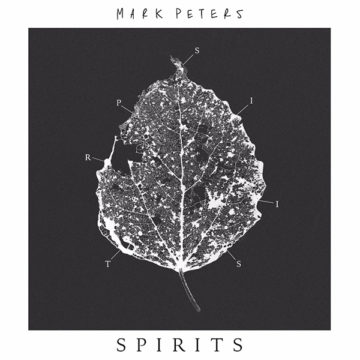 Each artist who mixes pop, folk, and rock together has their own recipe. John Mayer favors the pop ingredient, Ben Howard’s focus is on being technically proficient in his hybrid folk guitar playing, and Mumford and Sons have added heaping spoonfuls of rock to their sound in recent years. It is safe to say that Mark Peters has taken from all of these cookbooks to create the recipe for his newest release 24 Years. Sure, the finished product is a little over cooked, but 24 Years borrows enough from folk pop legends while adding Peter’s own unique flavors to make it worth a listen.

The best moments off 24 Years are when Peters’ shows off his prowess on the guitar. “Memories” starts off the album with a bang and “You Go Low” is a song saved by the flashy harmonics in its riffs. The added instrumentation on “Spirits” makes it easily the most interesting tune on the record. The strings and electric guitar are added is a completely tasteful manner; they do not trample on the acoustic guitar part, they complement it. Peters’ vocals are clean throughout most of the record and the tinge of an accent which comes through when he starts to belt really helps complete the experience.

24 Years is not without its flaws. In the beginning of “Move Me” Peters’ strums his guitar so hard that it sounds like his trying to cut it in half. The title track suffers from a boring tempo and lack of dynamic. Finally, “Chinese Torture” hits a lyrical low point where Peters’ goes a little too far in flirting with the line between poetic and corny.

Overall, 24 Years is definitely worth at least one full spin. While Peters’ doesn’t reinvent the wheel or start a musical revolution, he keeps to his formula and understands the need to add a little extra spice to his tracks in the form of interesting guitar parts. With this sound Peters’ could very well get the folk-pop torch passed to him in the near future and become a household name.