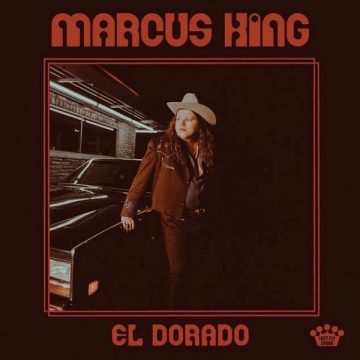 Producer Dan Auerbach of The Black Keys handles production on Eldorado, the new album by the guitar prodigy Marcus King. Auerbach also recently Yola’s album, and with all the praise and success it had, there is quite a good chance that Marcus King’s new album might surpass it!

Hard to accept? It shouldn’t be, because King, his band and Auerbach excel in any way you wish, particularly if you never had the chance to make a mixtape of all your favourite ‘70s sounds that are played and sung by one artist brilliantly.

Don’t think it’s possible? You wanted Neil Young’s After the Gold Rush era? You’ve got the opener Young Man’s Dream”. Something from the best era of The Allman Brothers Band? Go for “The Well”, one of the designated singles or “Say You Will”. Dan Penn’s soulful country? Try “Sweet Mariona”. Feel like some Otis Redding? There’s “Beautiful Stranger” for you.

On it goes until closer “No Pain”, which may be a reference to all the personal trauma he went through as early as his teens. Whatever the case, we’ve got a musical masterpiece on our hands with Eldorado.<

Formerly a lot of things, including a journalist and a translator, currently a freelance writer living in The Netherlands.
RELATED ARTICLES
album reviewalbum reviewsdan auerbach
8.0