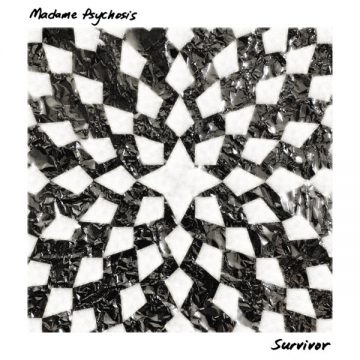 While Survivor has a powerful sound, with strong vocal hooks, there is something missing that prevents this album from standing out and making a lasting impression.

While there is nothing in Survivor that pushes the album over the edge, that might be the problem. The songs that have a more pop feel, a faster combination of guitars and drums, seem to be lacking a strong hook.

While it’s clear that there is a passion that the band brings to their music, it just isn’t enough to make their blend of alt rock and pop as powerful of a combination as it is in other’s hands.

What does stand out are the vocals by Michelle Mondesir. While the lyrics are relatable, they don’t seem entirely inspired. However, Mondesir’s vocals ring out over the guitar at times, occasionally providing a much-needed riot grrrl tone and giving the music some life.

While not the most outstanding of albums, the overall album theme, survival, is universal, and lets the band share a piece of their lives with us.

The Spill Magazine is a Toronto-based online publication dedicated to covering the independent music scene with a strong focus on our thriving hometown talent. Our writers bring you up-to-date news, in-depth features on musicians and reviews for the latest CD releases. We also travel to the front lines for all local festivals including Canadian Music Week and North by Northeast.
RELATED ARTICLES
album reviewalbum reviewsmadame psychosis
7.0