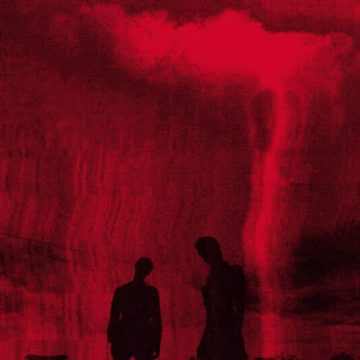 Lost Under Heaven
Love Hates What You Become
Mute

Lost Under Heaven’s second album, Love Hates What You Become, has arrived. The young lovers, Ebony Hoorn and Ellery James Roberts, delve into the darkest depths of society to pull out an album that is truly unique and full of angst. Addressing issues such as fascism, sexism and an overall unconscious public, Lost Under Heaven speaks to those who have pure hearts and rebellious spirits. The album contains an eclectic mixture of songs, and opens with brilliant instrumentals that give the listener a sense of excitement for what is to come.

Unfortunately, what arrives next is hard to understand: Roberts belches out the first few words and confusion ensues. The lack of enunciation leaves the listener wondering why he is so angry. Hoorn is the light at the end of the tunnel—she is first heard in the song “Bunny Blues”, which is about how women are often misunderstood by the controlling patriarchy. Her talent shines through, and the song demonstrates the message well.

Favourable moments of the album lie within songs such as “Serenity Says” and “Most High”. The latter begins with an epic feeling of elation through ethereal tones. There are moments where the rough inflection of Roberts’ voice is refreshing.

What Lost Under Heaven stands for, paired with the canorous melodies of their songs, guarantee that they will be a new favourite of mine. However, it is difficult to continue listening to Roberts’ battle cries without being able to understand him.

Bianca Mazziotti has been a music addict ever since she was six-years-old and won an acoustic guitar in a contest. Her passion for music only continued to grow, and you can now find her enjoying live shows all over Toronto. She hopes to continue combining her two passions, music and writing, well into the future.
RELATED ARTICLES
album reviewalbum reviewsmute
9.0