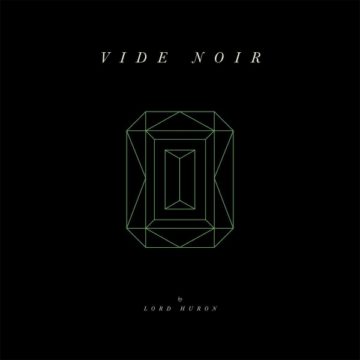 Lord Huron not only survived “dreaded second album syndrome”, they seemed to have perfected their sound with their sophomore release, taking the alt-folk rock feel of their debut and raising it to all new levels, soaking it in atmosphere and natural themes, perfecting the echo and tone of lead-singer Ben Schneider’s vocals, while lyrically casting an eye inwards without succumbing to melancholy. Yes, 2015’s Strange Trails was nothing short of a triumph for the Los Angeles-based four-piece. Vide Noir, which when translated means “black void”, may present for Lord Huron a serious case of the “dreaded third album syndrome”.

There is no question that Vide Noir is a sonic departure from both of the band’s previous albums. Where Strange Trails and their 2013 debut Lonesome Dreams were the musical equivalent of a journey riding the rails on a train heading west, Vide Noir is a proper west-coast rock album that you’d be most likely to hear in many of the great bars and concert halls of Seattle and Portland. The tempo is faster, the sound louder, the instrumentation far less subtle and as a result, there is an intensity and force to this album that has never been obvious before. In short, the creative decisions on this album seem to be based around being more direct, and spending less time creating intricately woven stories that are immersed in atmosphere.

Vide Noir is a step back from the warmth and intimacy of Lord Huron’s past releases but it is not a step back for the band as a whole, nor is it a departure on the scale of Mumford & Sons or others who have suffered from the “dreaded third album syndrome”. There is talent aplenty, moments of real quality, and Ben Schneider continues to lead these songs regardless of the differences in sonic layers. It may not satisfy every Lord Huron fan, but it is a solid release nonetheless.

Br. lives in southern Ontario, grew up on The Beatles and The Journeymen, spent his adolescence immersed in grunge, and his adulthood in British alternative. His greatest joy is seeing his son dance and grow into his own appreciation of the indescribable joy of music...
RELATED ARTICLES
album reviewslord huronrepublic records
8.0