8
new
SPILL NEW MUSIC: CARRÉ DEBUT SINGLE & PREMIERE VIDEO FOR “THIS IS NOT A BAND” | SELF-TITLED EP OUT NOW VIA NOMAD EEL RECORDS
SPILL FEATURE: THE SYSTEM OF JUSTICE IS BROKEN – A CONVERSATION WITH DAVID CLAYTON-THOMAS
SPILL MUSIC PREMIERE: MAYBELLEEN – “THE CLOCK”
SPILL VIDEO PREMIERE: CHARLIE WEBER – “JUNE”
SPILL VIDEO PREMIERE: ONE IN THE CHAMBER – “BLOW”
SPILL ALBUM REVIEW: LEE FIELDS – LET’S GET A GROOVE ON
SPILL FEATURE: THINGS WILL BE BETTER FARTHER ON DOWN THE LINE – A CONVERSATION WITH PACIFIC RANGE
SPILL FEATURE: HOW THE STRONG WILL SURVIVE – A CONVERSATION WITH DREW ARNOTT OF STRANGE ADVANCE
Album Reviews
128
Editor Pick
previous article
SPILL ALBUM REVIEW: THE SPOOK SCHOOL - COULD IT BE DIFFERENT?
next article
SPILL ALBUM REVIEW: BEECHWOOD - SONGS FROM THE LAND OF NOD 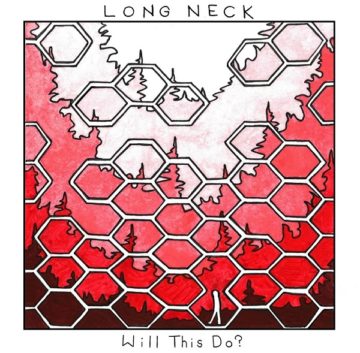 Long Neck
Will This Do?
Tiny Engines

Long Neck, a project led by Lily Mastrodimos, returns with their sophomore effort Will This Do?, and have garnered a good amount of hype prior to this release. This album not only lives up to the hype but exceeds it by a mile. It’s a perfect mixture of folk, pop and indie rock, without coming off as contrived or boring. Mastrodimos’ voice is haunting and powerful, and while it blends excellently with the backdrop of the sweeping guitars and heavy percussion, it does not fade or become overpowered by the instrumentation. The band takes a poetic approach to address themes such as heartbreak and yearning. For example, on the track “Hive Collapse”, there’s a retrospective sadness about a past lover as she sings:

There’s a good sense of variety within the album that showcases the band’s ability to successfully experiment with different genres and sounds. For example, pop rock with big, hooky choruses can be heard with “Mine/Yours”, “Elizabeth”, and “Lichen”, then they start incorporating acoustic folk with tracks such as “Matriarch” and “Rosy”. Perhaps their most interesting tracks are towards the latter part of the album, such as “Ashes”, “Hive Collapse” and “Milky Way”. They have a grunge-y element within them, and it sounds heavier with more distorted guitars and harder percussion; and this really highlights the themes of loss and retrospect within the lyrics.

This is a fantastic, well-structured album that creatively addresses melancholic themes in a sincere, genuine way. Despite the heaviness within the lyrics, it’s not overbearing and over-the-top, and while the band does not introduce reinvention of indie pop and rock, it’s still a really great project that elicits a lot of emotion and heart.

The Spill Magazine is a Toronto-based online publication dedicated to covering the independent music scene with a strong focus on our thriving hometown talent. Our writers bring you up-to-date news, in-depth features on musicians and reviews for the latest CD releases. We also travel to the front lines for all local festivals including Canadian Music Week and North by Northeast. Don’t forget to check out our Facebook and Twitter pages for all daily Spill updates.
RELATED ARTICLES
album reviewstiny engines
7.0