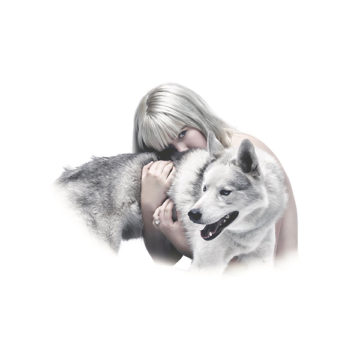 Debut albums can be a tough affair, for the artists making them and for the listeners encountering an artist they are not familiar with no matter how much they’ve heard about them beforehand, or how much press about them there was available.

First off, artists tend to rush into their debut as soon as they can, as if they are rushing into a gambling casino. As their chances of making it big in the casino first time off, so are the chances that they will do it with their debut.

I’ve no idea whether the Toronto trio Little Coyote, who formed in 2015 were not able to make their debut before, or whether they deliberately took their time, but it seems they hit those jackpot signs on the music one–armed bandit machine with their debut album The Trouble With Teeth.

Debut albums tend to wear their influences on their sleeves. But what Teagan Johnston, Byron Patterson and Mike Poisson were able to do is incorporate all the influences of Metric, Stars, Broken Social Scene, even Godspeed! You Black Emperor they mention on their Facebook page into a very musical and primarily listenable whole.

The keys lie with the band’s leader, key composer and singer Teagan Johnston. It is her great voice, a cross between Feist and Samantha Crane and surprisingly mature piano-driven compositions that shine throughout the album. The lyrics are also in the forefront, and Johnston has a way with words too. In many ways the quality of the music reminds of the Aldous Harding’s Party album from earlier this year.

Usually, when albums get a grant to be made from official institutions, and The Trouble With Teeth did get one from Canada Council for Arts, you tend to get suspicious that it might be a vanity project. This time around, somebody on the Council had a good nose, or ears, to be precise to recognize correctly where the money should go. Tracks like “The Bottom”, “Lucy Get Blue”, “Handshake Tragedy” or Delirium” are more than proof of that.

Of course, as with most debut albums, you sense the room for improvement and with Little Coyote on the evidence of The Trouble With Teeth, those improvements could lead to even greater things.

Formerly a lot of things, including a journalist and a translator, currently a freelance writer living in The Netherlands.
RELATED ARTICLES
album reviewsdelirium
9.0