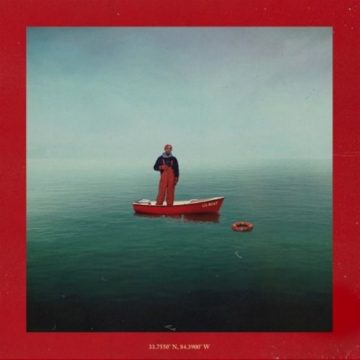 Lil Yachty is one of the major breakout hip-hop and trap stars of the past year. During 2016 alone, he was featured on the cover of the XXL Freshman Issue, appeared as a model in Kanye West’s Yeezy Season 3 fashion line, amassed 34 Million streams online with his cult hit single “1 Night,” , and had more than a casual 60 million views on YouTube of “Broccoli,” a track he did with D.R.A.M. Yachty is no stranger to the game of gaining fame and attention. He is good at what he does, and his joint venture record deal with Quality Control Music, Capitol Records, and Motown Records will back that up. Lil Boat, now released in Canada via Universal Music Group, is the rapper’s debut mix tape. Featuring other trap and hip-hop all-stars such as: Young Thug, Skippa Da Flippa, Quavo, Big Brutha Chubba, Byou, and Burberry Perry, Yachty did his best to use all of his resources and make a great album. However, despite his efforts, it feels like he spent too much time collaborating and not enough time on the songs themselves. The mixture of multiple influences and styles on this album makes it actually sound confusing.

“Minnesota” drones on for what feels like a four and a half minute long intro. Although the one-line hook can get stuck in your head, the song ends pretty much right where it started off. Admittedly, Yachty’s focus is to have a good time, and his strength is being “fun.” Thus, if you aren’t bothered by his choppy lyricism and lazy vocals, the songs can be just that. The fourth track, “Not My Bro,” starts off as if it’s going to be strong, but after the mid song breakdown, it doesn’t come to any pinnacle or climax, but rather sinks back into an effortless verse. “One Night (Extended)” is a simple, droned track that might be nice in a calm backyard barbecue, however, it comes across feeling unfinished.

If you’re into trap, then you’ll probably enjoy this album. If you aren’t, this isn’t going to convert you. There isn’t any material on Lil Boat that Lil Yachty is better than any other trap or hip-hop artist. Upon listening to Young Thug, Drake, or Waka Flocka Flame, it feels as though Lil Yachty has copied and pasted what they are doing, stripped it down a little, and hoped nobody will be too upset. The only thing that sets him apart is his self-proclaimed, “bubblegum trap.” If you listen closely, there are some interesting intricacies for video game lovers. Lil’ Yachty claims to have sampled everything from Mario Bros. to Rugrats, to Charlie Brown and to the startup sound of a Gamecube console. Needless to say, his efforts are real and his sales and popularity are there to back him up. There are a few select hooks on the album that stand out and can be catchy. However, for the most part, it comes off as plain, nonchalant and underwhelming.

After majoring in business & entrepreneurship at UCSB and traveling the world, Andrew moved to Los Angeles to pursue music and not give up his love for surfing, hiking and yoga. He is also in a couple really cool, up and coming, indie-rock bands in LA - Mothlight & Lone Kodiak.
RELATED ARTICLES
album reviewslil boatlil yachty
9.0