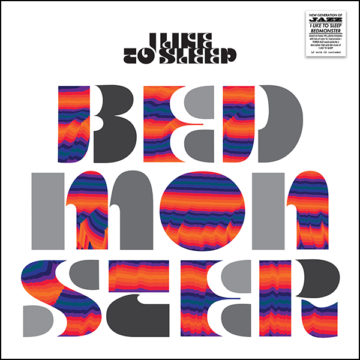 I Like To Sleep
Bedmonster
All Good Clean Records

Based in Trondheim, Norway, I Like To Sleep is a band that feed off playing instrumental “powerjazz” with extreme improvisation, and off kilter 60’s freejazz vibes. Their vibraphone, baritone guitar and drums combination are a rare yet intriguing choice. Perhaps they pondered all elements of jazz through those cold Norwegian nights, as there are many influences here.

The album begins with the aggressively jangly track, “11”, taking strange tonal paths and relentless drum directions, evoking memories of Frank Zappa’s jazz material. “Bedstories” is a dreamy energetic lounge tune that shows off their ability to listen and let the other guy take the lead as they wait for their moment. The drums sound so classic – almost 50’s style. Then there’s “Gentle Storm’’, a  mellow track with a smouldering energy, which requires a martini while it builds to a ringing twang, then suddenly dissolves.

There should be a movie where “Brute” is the soundtrack for the stylish evil spies strolling through a chic hotel rushing to the big heist. Then suddenly at 3:13, the song completely changes gears into a floaty freeform soundscape. Weird. Finally around 5:10, it picks up again and we’re back to the energy.

Title track “Bedmonster” has a definite chug and 70’s swing. The best groove on the album, but only a minute long. “Happy Traveling” is a swingy tune with a bit more bass-ish groove, and that aggressive freeform boldness.

This album concludes with “The Wrong Kind of Bedstories”, which is a brilliant title for a dark, curious song that carries more primal power. After it ends, you can hear the band laughing and dropping the drumsticks, proving that this was recorded live off the floor. This intense energy couldn’t be captured by playing individually. You can almost hear the band nodding to each other.

The vibraphone is a wonderful instrument, and it is played brilliantly here. However, a few places would have been more balanced if the guitar were higher in the mix. Overall, the album is fascinating, and a mind-expanding listen. If you love jazz, you’ll love this album for its raw creativity and truly joyous experience. There are a few places where they were a bit self-indulgent instead of being aware of an audience, but they’re young and brash – they can get away with it.

Check their facebook page for a photo of the cut-out, slide-out album art. It’s divine.