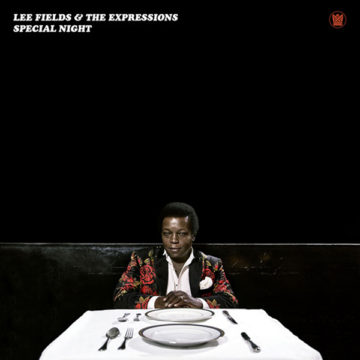 There’s a new revival in the music industry these days. It’s exciting, it gets your feet moving, it gives you a warm feeling in your soul. It’s the new soul revival. The revival is taking the world by storm and it’d pretty refreshing. Such artists as Charles Bradley, Sharon Jones (RIP), Nathaniel Rateliff & The Night Sweats and St. Paul and The Broken Bones are getting a lot of recognition. Now you should keep your ears out for Lee Fields & The Expressions. Don’t get me wrong, Fields has been around for over 40 years. He released his first album Let’s Talk It Over in 1979 so he’s a pretty well-seasoned vet of the music industry. His screeching raw voice reminiscent of James Brown (Lee’s nickname is actually Little JB) is a breath of fresh air in a world of auto tune overnight sensations, Fields has put his time and heart into his music and it shows.

On Special Night, fields’ new album he taps into old time soul/RNB. Channeling James Brown, Bobby Womack and Curtis Mayfield. The first song that jumped out to me personally was “Make The World”. The fast-paced song is very strong vocally and musically. He takes certain aspects that’s wrong in the world today and wraps it up into one killer in your face song that gets your blood pumping. I believe that Lee tapped into an important style of songwriting that’s getting lost in today’s mix of top 40 hits that sound exactly like the last meaningless top 40 hits list.

I was very impressed with this album. The last time I felt this way after hearing a newly discovered artist was Nathaniel Rateliff & The Night Sweats self-titled album that took the world by storm. Like Nathaniel’s album Lee’s new album was a breath of fresh air in a world of over dubbing, third party songwriting and auto tuning robot singing.

Go and get it. Listen carefully to each lyric because a lot of today’s music is lacking it. But not on this genuinely impressive album.

The Spill Magazine is a Toronto-based online publication dedicated to covering the independent music scene with a strong focus on our thriving hometown talent. Our writers bring you up-to-date news, in-depth features on musicians and reviews for the latest CD releases. We also travel to the front lines for all local festivals including Canadian Music Week and North by Northeast. Don’t forget to check out our Facebook and Twitter pages for all daily Spill updates.
RELATED ARTICLES
album reviewsbig crown recordslee fields & the expressions
7.0