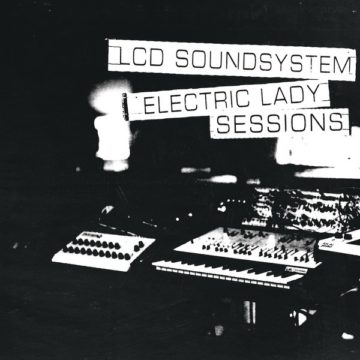 In 2017, LCD Soundsystem released its brilliant American Dream, and not only was it the band’s first album to chart in the top ten, it actually debuted at number one and won a Grammy for Best Dance Record. This is no small feat for a band who, until that point, was part of the alternative music scene. Electric Lady Sessions came into being when, during the American Dream tour, the band booked studio time at the famous Electric Lady Studios in New York City, where much of rock’s royalty, including Jimi Hendrix, John Lennon, Lou Reed, and U2 have recorded iconic albums.

The band decided to record a couple of covers and redo some older songs. “Call the Police” and “Emotional Haircut”, both originally from American Dream, are reworked brilliantly. Though “Call the Police” borrows heavily from New Order’s “Procession”, the new version is a bit harder and has more bite.

LCD Soundsystem also covers two related Sheffield bands, opening with The Human League’s “Seconds” and closing with Heaven 17’s “(We Don’t Need This) Fascist Groove Thang”. Two of the three members of Heaven 17 were in The Human League’s original lineup. Staying close to the original version of “Seconds”, James Murphy almost perfectly impersonates Phil Oakey. For “(We Don’t Need This) Fascist Groove Thang”, a song more relevant today than it was thirty-plus years ago, Nancy Whang takes lead vocals and she sounds perfect. Musically, they nail the famous bass solo and maintain the original’s sense of urgency. The cover of Chic’s “I Want Your Love” is very cool as well.

According to the band, this is not the official follow-up to American Dream, but it is an excellent album nonetheless. Perhaps because of the spirit of the studio, or because the band was on tour during the recording, Electric Lady Sessions feels like a live album. The covers are brilliant, and though the reinterpretations of older songs do not replace the originals, they add some new meaning. This is an excellent stopgap measure until LCD Soundsystem’s next album.

Born and raised in Whitby, Aaron discovered music through his love of The Beatles. This led to a career in radio, writing for various publications, and ultimately a radio show about The Beatles (Beatles Universe), which ran for over four years. When not immersed in music, Aaron enjoys spending time with the loves of his life -- his wife Andrea, and daughters Emily and Linda (all of whom have an intense love of music too).
RELATED ARTICLES
album reviewalbum reviewslcd soundsystem
7.0