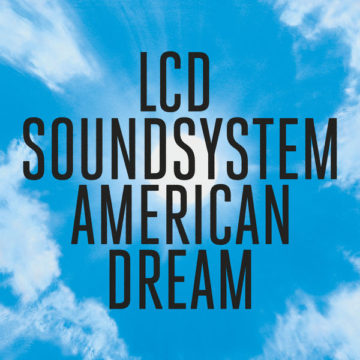 Back from a 2011 emotional breakup,, LCD Soundsytem has now released another record which pokes fun at music, combines 80s beats with modern edge and tackles big topics on the backdrop of upbeat sounds. Already getting great reviews, this album is sure to go down as a fan favourite for many and a confusing addition to their discography for others.

Starting with an unencumbered synthesized pop sound, “Oh Baby” sounds like an intro song to just about any brat pack movie. Pretty and lucid, this song will float out of your speakers and into your ears fairly easily. However, the album really takes a turn for the better around track seven, “Call the Police”.

Clocking in around the seven minute mark, “Call the Police” starts with the lyrics “We all know this is nothing” and the simplicity is remarkably fantastic.  Vocal tracks that are reminiscent of Modest Mouse or even a little Gord Downie ring in strained and emotional.  This break in the album shows a real maturation in the band’s songwriting and a pleasant surprise when listening.

From there, the album moves into the title track “American Dream”. Sad and gritty, the song heads straight into heavy topics of unavoidable aging, class war and finding your place in the world. Heart wrenching synth and chimes move this song up and down in waves of emotion and despair.

The album climaxes in punky dance beats with “Emotional Haircut”, a track that is sure to last.  Feelings of resentment and misunderstanding come across clearly with tight drum beats and cutting, talk-singing.

A fantastic addition to the band’s discography, American Dream slides across decades of music to deliver the emotional range in a disheveled and honest package.

Gabrielle Mueller is a lover of all things music, writing and charcuterie boards. Gabrielle has a particular passion for music of the 1960s and the hippie movement in Toronto’s Yorkville district. Gabrielle runs her own music website, The Hippie Historian, where she reviews concerts, interviews musicians and writes about music history that spans the ages.
RELATED ARTICLES
album reviewsamerican dreamcall the police
7.0