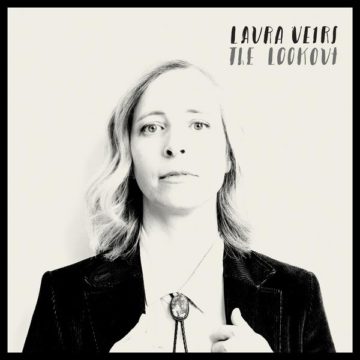 By the time an artist puts out their tenth album, they’ve usually either flattened out creatively, or they produce a record that allows them to explore their musical interestsbut is too idiosyncratic to keep a majority of their listeners’ attention. Laura Veirs’s recent release, the sublimely intricate The Lookout, escapes either fate and unfurls in ways that will both please and excite long-time fans.

Veirs’s talents as a songwriter and storyteller, from The Triumphs and Travails of Orphan Mae (2001) through Year of Meteors (2005) and on, have, strangely enough, relied on her ability to pile on the adjectives. The Lookout is no different. In contrast to the advice anyone who has ever taken a creative writing class has ever received, Veirs refuses to strip adjectives from her writing. In defiance of these writerly rules, she’s built a career on making descriptive thickness necessary instead of gratuitous. Few songwriters can manage this quite like Veirs; she is nothing if not a seasoned naturalist cataloging the landscape with a precision that demands three words when one will definitely not do. If as a lyricist Veirs has always excelled in excesses that manage not to overwhelm, on The Lookout she has perfected this density musically.

It is this musical complexity that makes each of The Lookout’s 12 songs a miniature archive, and each song has a specific agenda that asks us to listen for its musical referents. The instrumentation that accompanies her stripped-down guitar playing across the album is a testament to the broad repertoire from which Veirs draws. That rich history informs The Lookout, but this is no throwback folk album. Veirs reckons with the past mightily but refuses to shy away from what she is in the present or might yet be in the future.

As fans of Veirs would expect, she does this by examining our interactions with the natural world. “Seven Falls,” the album’s third track, takes us deep into the woods, pairing the comforting Midwestern Ohio piano twang of bands like Over the Rhine with the breezy hopelessness of Otis Redding’s “Sitting on the Dock by the Bay.” The results stop you in your tracks. You’d be hard pressed to find another song that sounds so lazily, sunnily comforting but with such dark lyrics:

“Up past the Seven Falls
Beyond the moody peak
I dove into the lake and called
An icy command for you to join me
How can a child of the sun be so cold?

So cold
Like a planet with no sun floats in the black
I’m old now
And I try to be kind but still sometimes
I’m as cold as that.”

Immediately following “Seven Falls,” “Mountains of the Moon”, a Grateful Dead track, presents us with another twist, giving us with what seems like a traditional English folk ballad. If you’re not listening carefully to the words, you might assume Veirs is singing about maidens and knights and magic. And she is. But as the name of the track makes obvious, Veirs is describing a scene on the moon. This is the deep future rather than the deep past, viewed through the lens of a Ray Bradbury novel that hasn’t been written yet.

The title track serves as The Lookout’s apex. The shortest song on the album, its brevity allows it to operate as the point upon which the album pivots, in an album full of songs that delights in setting up unexpected relationships between objects and subjects. Veirs has described The Lookout as a concept album concerned with fragments and objects and fleeting moments—the kind of ephemeral and transitory bits that we mistakenly and even stupidly ignore. Veirs insists on this album that we pay attention and look closely, and “The Lookout” gives her a companion for her efforts.

Indeed, our salvation as a human race might depend on Veirs’s form of devotional looking, of making the seemingly small and insignificant matter, both physically and symbolically. She achieves this masterfully on the album’s third-to-last track, “Lightning Rod.” “Lightning Rod” sounds most like “Laura Veirs Plays Laura Veirs,” but the echo chorus of children (her own, and a niece) and the synthetic drum track builds up static in the song and gives it friction. Musically, the track conjures older songs, like “Drink Deep” and “Spelunking.” If those songs were about diving in deep into the earth with a beloved by our side, however, “Lightning Rod” looks upwards and outwards, asks us to channel the potential of God and Science, and begs them both to wrack our bodies with energy and force: “You take the heat on the rooftops / You make it sweet oh please don’t stop.” It’s the perfect near-ending to a magnificent and aptly-titled album. A lookout is, after all, a vantage point and a sentry, a warning and a field guide, and Veirs has given us all of these things.

Michelle Morgan is a queer ENFP living in New Haven CT, USofA. By day she works in digital accessibility. By night/weekend, she is an embroidery artist, DJ at 89.5fm WPKN, and purveyor of too muchness. She takes being a Gemini seriously.
RELATED ARTICLES
album reviewalbum reviewsthe lookout
8.0