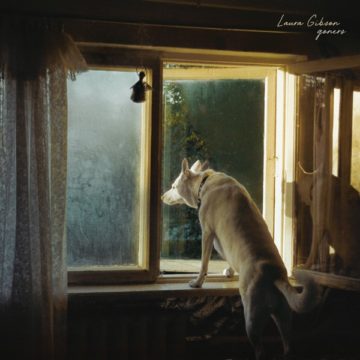 Goners, the sixth studio album by Laura Gibson, is unlike anything she’s ever released before. Gibson explains that her newest record is, “about grief, but more specifically, it’s about the ways we share our loss with others, the ways we project pain, lash out, or become cracked open by the immediacy of another person.” This concept can be traced throughout the entire album, from song to song.

Gibson’s distinct and hypnotizing voice pulls the listener in, leaving them hooked until the very last line of the album.

Similarly, her lyrics are the centrepiece of the album. The picture she paints with her words is brought to life using poetic metaphors and descriptive imagery.

The strings and horns arrangements prove to be a unique element to the album, as it creates a certain depth that balances perfectly with the softness of the piano and acoustic guitar.

The song “Tenderness” opens with a strong bassline that sets the mood for what’s to come, whereas “Marjory” and “Thomas” are slower tracks with more of a stripped down, emotional sound.

It is obvious that this record is very personal, yet the content can be universally applied to anyone who is struggling with loss or finding it difficult to move on with their life. Taking such a big risk in terms of creating something so real, without the use of a facade of any kind, worked out in Gibson’s favour, as Goners is truly a record to remember.

Claudia is a student from the GTA in her last year of high school and is working towards studying journalism in the next few years. She has a passion for all spectrums of rock and alternative music and loves discovering and listening to new bands. Writing has always been of great importance to her, whether it be reading someone else’s stories or creating her own. She is a hardworking individual and eagerly awaits the next chapter of her life to unfold.
RELATED ARTICLES
album reviewalbum reviewsbarsuk records
7.0