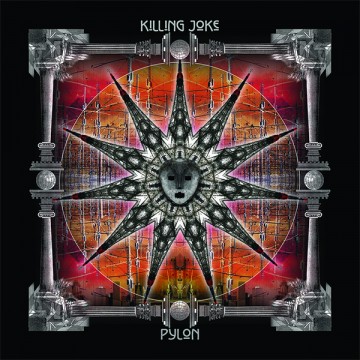 Post-punk is a flat label that fails to encapsulate Killing Joke’s multifarious sound, and the astonishing reach they have in the alternative music industry. The recently reunited band members have been smashing their heads against the gates of the totalitarian stronghold for three decades. Their music has been a rebel manifesto from perestroika and the nuclear dawn into the decaying new world order, reflecting on our contemporary humanitarian crises and wanton modern wars with X-ray clarity.

If the song titles don’t clue you in, Killing Joke’s music is a choice soundtrack for watching the world burn. They breed militant apostates, a zealous armada hell-bent on shredding the diamond filament net of the monolithic corporate control matrix. Their newest release, Pylon, is full of revolutionary hymns that whip the listener into an anti-establishment frenzy: “Another twat in the number ten flat, dancing to the tune of Goldman Sachs.”

Geordie’s bright riffs are like lightning strikes, piercing through the steady downpour from Youth’s bass and Paul Ferguson’s drums. In “New Cold War”, the plaintive guitar notes leading to the chorus are full of pathos, like a plea for help from the battle-wounded. Simultaneously, Reza’s synthesizer saws perfectly complement Jaz Coleman’s reverb affected melodic growls, lending “War on Freedom” an engine-grease-industrial streak. However “New Jerusalem” is the truest revelation of the album: it debuts as a tragic psalm, steadily mounts with defiant outrage and climaxes with a vocal chorus that sends shivers down the spine.

If there is one criticism that can be leveled at Pylon it’s that there is limited variety in the tracks. With the exception of the harder hitting “New Jerusalem” and the atmospheric vocal crescendos in “Euphoria”, the album experience is too uniform. Formulaic consistency paves the way for monotony, which dilutes the impact of the politically charged lyrics accompanying each melody.

Regardless, Killing Joke are hardly losing momentum; they are still very much the spitfire lyrical mavericks we’ve come to anticipate, fueled by keen observations on perpetual political injustice. If this album doesn’t make you want to throw Molotov cocktails and smash in police car windshields, you should probably trade in your chains and wristbands for a frilly, pink apron.

I’m a geeky weirdo with her fingers in all sorts of pies. I paint and illustrate all sorts of nonsense, I make strange noises. I rant and rave, set things on fire, I’m an awesome cook and I throw a mean party.
RELATED ARTICLES
album reviewskilling jokespinefarm records
8.0