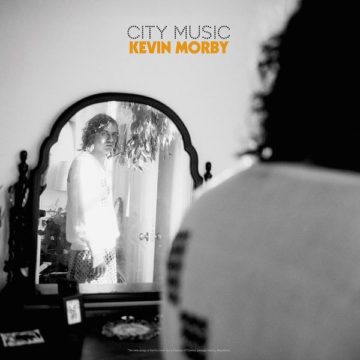 City Music, Kevin Morby’s fourth solo album, is his first since 2016’s Singing Saw. It is also his second release on the Dead Oceans record label. You might also remember that Morby was a member of the band The Babies, not to be confused with the 1980’s band The Babys. And over the past ten years, he has continued to write and record brilliant albums either with The Babies or on his own.

For City Music, Morby is making a heavy statement about urban life. Perhaps he is reacting to the recent popularity of ‘Americana’ music, or it just may be he has spent most of his adult life in a city. Either way, he has delivered an album deeply set in the city. Morby taps into the spirit of Lou Reed, Bob Dylan and Patti Smith and has put together an album that takes different perspectives of life in the city. The old and the young, and all stops in between. The result is a very listenable and intelligent album. An album that you might find yourself returning to, especially during those hot days of summer.

He also borrows from Jim Carroll’s classic song “People Who Died” and created the remarkable “1234”, which also serves as a tribute to The Ramones. It is a brilliant burst of a song, and Morby has never sounded better. Morby wears his influences on his sleeve with this album and also covers The Germs “Caught In My Eye”.  He pulls it all together to produce a very cohesive album.

But just when you think you got this album figured out, Morby throws an interesting curve ball, with a short piece called “Flannery’. It is a brief segment of a book by Flannery O’Connor book The Violent Bear It Away. O’Connor is a known as a Southern Gothic novelist, and yet her description of kids seeing a city for the first time is not only amusing, it is also deeply touching. Morby, quite wisely, got his friend Meg Baird to read the passage. Sandwiched between “Dry Your Eyes” and “City Music”, it is nothing short of brilliant.

The instrumentation is somewhat sparse at times and extremely well produced by Morby and RIchard Swift (he produced David Bazan, Damien Jurado and The Shins). Morby plays great guitar and he surrounds himself with very talented musicians which includes Swift and Meg Duffy. Meg Baird provides backing vocals and narration.

As with his last album, City Music seems to be a deeply personal album and statement by Morby. This makes listening to it tricky at times but well worth the effort.  Morby’s voice is unlike any other singer out there today and he writes very unique songs.

A brilliant album, and ones that fans should enjoy. Now, if we could get him to play some Canadian dates on his current tour.

Born and raised in Whitby, Aaron discovered music through his love of The Beatles. This led to a career in radio, writing for various publications, and ultimately a radio show about The Beatles (Beatles Universe), which ran for over four years. When not immersed in music, Aaron enjoys spending time with the loves of his life -- his wife Andrea, and daughters Emily and Linda (all of whom have an intense love of music too).
RELATED ARTICLES
album reviewskevin morby
6.0