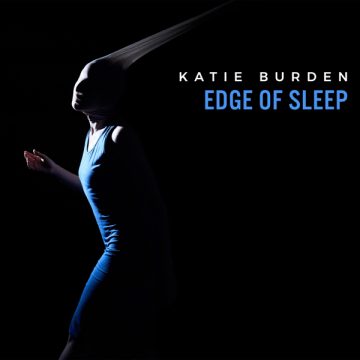 It is really hard to be surprised by any ‘new’ sounds these days. Somehow you just get the feeling you’ve heard it all before. Too much of it. The influences are not only worn on a sleeve, they’re falling all over the place.

So, imagine such a surprise to hear something that at least stands out from the rest, like the new Katie Burden EP Edge of Sleep, particularly if it is your first encounter with Burden at all. You realize that the ‘at least’ categorization goes a few steps further into the unknown direction.

Sure, Burden has her influences too, but she mixes them up so well, she turns them into her own personal musical meta language. It is hard to place her sound but you might as well take the word of her label’s PR, which says that her taste for the theatrical and shamanistic delivery often conjure up the ghost of Jim Morrison but in a modern context, her sound falls somewhere between Perfume Genius and CocoRosie.

Is the PR exaggerating? Not really. It does take a bit of imagination to make the Morrison connection, but the other two work quite well. Still, what you realize on the evidence of Edge of Sleep is her own artist. And nobody else’s. More, please.