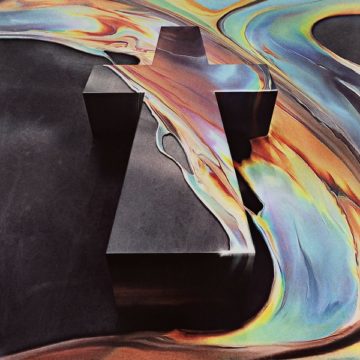 Since French duo Gaspard Augé & Xavier de Rosnay released Cross in 2007, you would probably have had to live under a rock to have missed the smash hit single, “D.A.N.C.E.” If you’ve been to any festival or Electronic show you’ve heard it. It’s been remixed by every DJ, chanted by every listener and no doubt influenced every Producer in today’s Electronic scene, from Skrillex to The Chainsmokers to Kygo. With an Electronic career that has spanned over a decade and probably highlighted your college raver career, you might be wondering, “how will today’s Electronic scene receive these two forefathers?” Rest assured, Justice has not given us any disappointment with its third studio album, Woman. It reminds us why we love the band, without trying to adapt and be something it isn’t.

The album starts off with “Safe and Sound,” a slow building, crunchy Disco track. A chanty children’s choir echoes over slap bass and a lead violin solo – an authentic-sounding number that lets you know… Justice is back. After making up for its complete disappearance from releasing music it moves into “Stop.” The slow grooving song feels like it could make for the theme song of a modern remake of Miami Vice. The seven-minute-long escapade “Chorus” paints a scene of running tirelessly through a forest — filled with distorted synths that bring memories of “Waters of Nazareth” and keyboard breakdowns, which show a glimpse of “We Are Your Friends” (with Simian Mobile Disco). These songs all give way to the ever-mellow Disco tune “Randy,” lined with John Bonham-style drum fills, groovy palm-muted guitar lines and Justin Vernon-esque falsetto vocals.

Justice has always brought down the house with its authentic Electronic music combined with a tribute to heavy Rock ‘n’ Roll. Its stage setup usually involves the band being high up above massive Marshall stack amps and calls for a Metallica remix or two. Today’s EDM scene is at the height of its commercial success. Everybody is a DJ now and pop music, more or less, equals Electronic music. On Woman, Justice combines the old-school Funk of Stevie Wonder and Prince with the upbeat Club vibes of Erol Alkan and Surkin and adds some Lo-fi feels of Washed Out. There is, like Cross, a heart of Metal and a mind of Disco. The album is victorious and uplifting, as if we were watching the good guys get away in an ’80’s car chase. This is the music that Justice coined and pumped into our bloodstream in 2007. After a break and a fairly unsuccessful sophomore experiment Audio, Video, Disco. (2011), Justice now brings us back to what we all love about it. It seems to have given us the original formula that was unveiled 10 years ago. Its 2016 return with Woman lets us know it is back, in a refreshing and delightful way, but without breaching into any new territory or revealing any hidden gems.

After majoring in business & entrepreneurship at UCSB and traveling the world, Andrew moved to Los Angeles to pursue music and not give up his love for surfing, hiking and yoga. He is also in a couple really cool, up and coming, indie-rock bands in LA - Mothlight & Lone Kodiak.
RELATED ARTICLES
album reviewsed banger recordsjustice
7.0