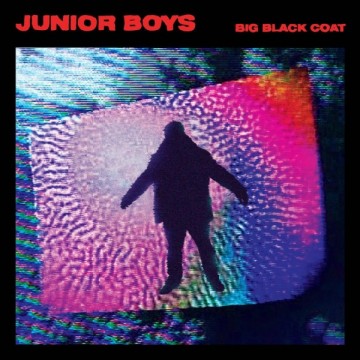 Big Black Coat, Junior Boys’ first release in five years (and first for new label City Slang), finds them working in the comfort of their hermetically sealed bedroom R&B, littered with empty takeout boxes and boutique MIDI controllers. The same place where the Hamilton duo has been flourishing for over 15 years.

Their songs are not agitated enough for say, a three-day-let’s-renovate-the-kitchen-bender, and neither are they tranquil enough to cook dinner to or bathe to.

It’s got enough tense, hi-hat heavy tracks (see the Kid A-era Radiohead-inspired opener “You Say That”) to keep you on your feet without wearing out the soles of your shoes. But it’s also got some sultry (but not too sultry, because it’s two white guys from Hamilton) ballads like “Baby Don’t Hurt Me.”

One of the best tracks on the record, “And It’s Forever,” opens up with what sounds like a sample of a hungry cat in a sewer tunnel. Soon a four on the floor kick drum joins the cat. Halfway through the song, the band tastefully adds texture after texture – some bleeps and bloops here, some warm muted synths there.

Vocalist Jeremy Greenspan rarely ventures out of his disaffected mid-range, almost speaking through many of the songs. But that seems to be the point. Anything more aggressive would distract from the mood. In addition, there’s nothing really compelling going on here lyrically. Which, once again, is conducive to the music.

Building multifaceted songs around a primary premise is what Junior Boys does best. They start with a simple hook – be it anxious drumbeat or hungry cat – and they slowly build upon the idea with carefully placed textures and melodies. Some stick around for the rest of the song, others drop in for a quick change of pace.

Marko Woloshyn is a Mississauga-based writer and musician. He owns a limited edition repressing of Mclusky Do Dallas and one time at a concert a drunk woman told him he looked like Keira Knightley.
RELATED ARTICLES
album reviewsbig black coatjunior boys
8.0