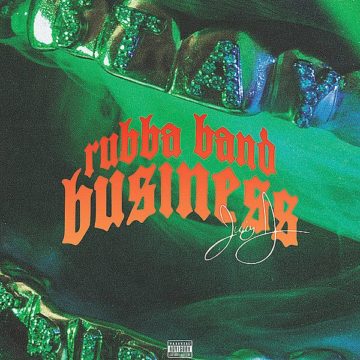 Hailing from Memphis, Tennessee, Juicy J, the rap veteran who dropped his first solo album in 2002, while he was still a member of Three 6 Mafia, the group he founded in 1991 – references his mixtape series in the title of this album, the fourth of his solo career. He draws in many guests he has been associated with throughout his career: Wiz Kalifa, J’s older brother Project Pat, A$AP Rocky, Ty Dolla Sign, and Offset, among others, plus some of the hottest producers around at the moment. The acclaimed ‘No English’ (with Travi$ Scott) was released earlier as a single, and it is a stand out on this set, though there are no subpar tracks here; it’s just there aren’t really that many way above par moments either.

Most of the rhythms here tend towards a dark, urban, trap sound which is apparent considering the final statement on the album is “Trapoholics – real, trap shit!”, though occasionally there’s an old(er)-school approach evident. In terms of the lyrics, well, there’s not really a lot going on besides sex, drugs and self-aggrandisement, a fact that has never bothered his regular listeners, and they are the ones that this is aimed squarely at, rather than attracting a new audience. Then again, anyone coming to this with no prior knowledge may well be impressed.

The Spill Magazine is a Toronto-based online publication dedicated to covering the independent music scene with a strong focus on our thriving hometown talent. Our writers bring you up-to-date news, in-depth features on musicians and reviews for the latest CD releases. We also travel to the front lines for all local festivals including Canadian Music Week and North by Northeast. Don’t forget to check out our Facebook and Twitter pages for all daily Spill updates.
RELATED ARTICLES
album reviewssony musictravis scott
9.0