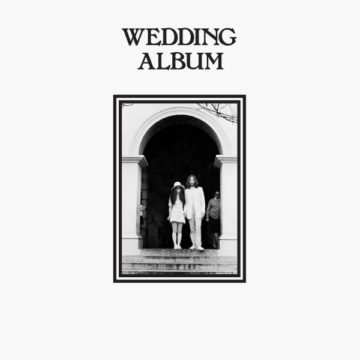 Secretly Canadian and Chimera Music continue their ambitious Yoko Ono reissue project with this landmark album. Wedding Album was released to commemorate Lennon and Ono’s wedding (March 20, 1969) and has been rereleased two days after what would have been their 50th wedding anniversary. Wedding Album was originally released on October 29, 1969, a month after The Beatles’ Abbey Road and the two albums could not be further apart.

Wedding Album was the third and final ‘experimental album’ from Lennon and Ono and some would argue it is the best of the three. It is, perhaps, more listenable, especially side two, but it is also a groundbreaking album. The album is what we now call ‘audio verite’ of their famous bed-in in Amsterdam. Side one is an absolute declaration of love between two people, and they share this intimacy with the world. Both sides were revolutionary for seperate reasons.

The album is two long tracks. Side one is “John & Yoko”, a 23-minute track of John saying “Yoko” and Yoko saying “John” in various forms. Whispering turns into shouting, shouting turns into screaming, and screaming turns into giggling. They are backed by a recording of their heartbeats. Lennon and Ono are sharing their love with the world, demonstrating the beauty of love. It is also a wonderful parody of the hit single “John and Marsha” by Stan Freberg. Again, Lennon is able to make a point and put a smile on your face at the same time. Lennon and Ono once again saying that, although their message of peace is important it does not always have to be so very serious. 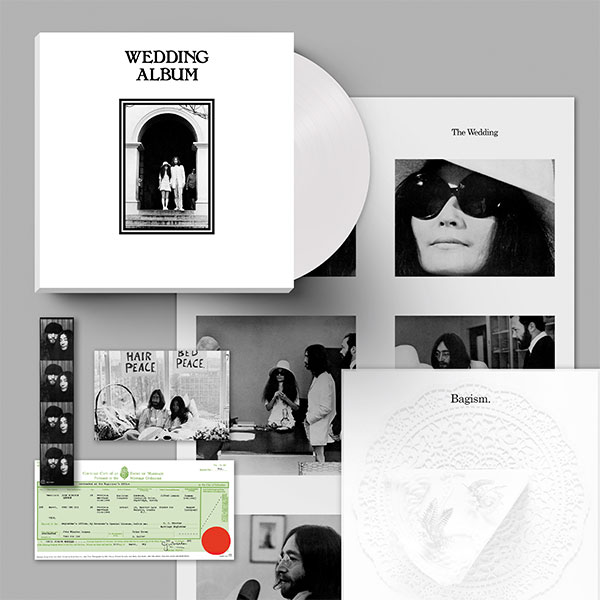 Side two is the track “Amsterdam”, a recording of their bed-in there. This includes remarkable interviews, and recordings of everyday life for The Lennons (hear John order room service). It also features him reading vicious editorials written about the pair and their peace campaign. Fans are also treated to the short version of “Good Night” and other short songs, featuring Lennon on acoustic. But what makes this side interesting are the inside glimpses into John and Yoko.

Secretly Canadian and Chimera have gone to great lengths into reproducing the original album, including the packaging. In fact, this is one of its selling points. The album has been out of print since 1970 (although Rykodisc did reissue a CD version of the album with bonus tracks, in 1997) and the original set was beautiful. Two posters, photobooth photos, a book of press clippings, a copy of their wedding certificate, a photo of a piece of wedding cake and a gatefold sleeve for the record. Secretly Canadian and Chimera have gone one step further and released the album on white vinyl (there was a very limited clear vinyl version released exclusively through Rough Trade Record stores, good luck obtaining one of those).

While Wedding Album may not be for everyone, it is an important release for John Lennon and Yoko Ono. They shared (and Ono continues to share) with the world, whether you pay attention or not is up to you. They took a moment–their wedding–to publicize peace and their own love. How could anyone criticize that?

Born and raised in Whitby, Aaron discovered music through his love of The Beatles. This led to a career in radio, writing for various publications, and ultimately a radio show about The Beatles (Beatles Universe), which ran for over four years. When not immersed in music, Aaron enjoys spending time with the loves of his life -- his wife Andrea, and daughters Emily and Linda (all of whom have an intense love of music too).
RELATED ARTICLES
album reviewsamsterdamchimera music
8.0