3
new
SPILL ALBUM REVIEW: LEE FIELDS – LET’S GET A GROOVE ON
SPILL FEATURE: THINGS WILL BE BETTER FARTHER ON DOWN THE LINE – A CONVERSATION WITH PACIFIC RANGE
SPILL FEATURE: HOW THE STRONG WILL SURVIVE – A CONVERSATION WITH DREW ARNOTT OF STRANGE ADVANCE
Album Reviews
1
102
previous article
SPILL ALBUM REVIEW: THE WILD FEATHERS - LONELY IS A LIFETIME
next article
SPILL LIVE REVIEW: MONSTER TRUCK w/ THE TEMPERANCE MOVEMENT @ THE PHOENIX

SPILL ALBUM REVIEW: JEFF BUCKLEY – YOU AND I 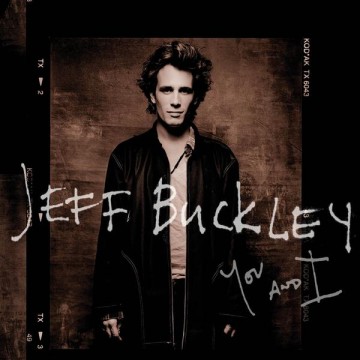 Jeff Buckley
You And I
Legacy Recordings

It has become ubiquitous for the music industry to unearth the works of household name artists and compile these “new findings” into something marketable. The motive is as transparent as any real label-enforced record – to make money. Of course there’s a profit to be made off of music that no one needs to pay for to have made, especially when it features on the front cover an artist who died tragically.

For Jeff Buckley’s posthumous You and I, we find that these typical collection clichés remain. The 10 tracks run mostly as covers of Bob Dylan, The Smiths and Led Zeppelin. One song stands as a Buckley original, though it is a demo of the title track on his most famous living work – Grace. Unsurprisingly, “Grace” is the best song on the record, simply because it echoes the lack of fulfillment felt by his audience when Buckley drowned some 20 years ago. “Dream of You and I” is also an original, though it was left out of previous records for a reason. The track is odd in its composition, bumping from storytelling to singing and instrumentally wandering in what can only be explained as an experimental way. The only reason it works is because it’s Buckley’s.

All in all, You and I plays as an ode to Buckley’s inspirations, which adds some justification to its release. In its entirety, the record acts as a live performance of covers, likely collected from his years of touring before his death. Make no mistake, though, its release is not a nod to the people who put it together, but instead a nod to the great man himself. You and I, while never feeling whole because the artist never intended it to be, stands as a great listen simply because it acts as a reminder that we lost one of the most talented voices in rock history. Whether it is impertinent or not for you to listen to this truly depends on how willing you would be to listen to a live CD, or how deeply invested you are in Buckley’s repertoire. The rest can take solace in the fact that what he released while he was alive was far more than enough to make him stand apart from the rest.

SPILL ALBUM REVIEW: JEFF BUCKLEY – YOU AND I

Robert Defina is an avid critic both on paper and in person. He spends more time writing album reviews than he does worrying about his future. He hopes that this sort of procrastination never grows old.
RELATED ARTICLES
album reviewsgracejeff buckley
7.0