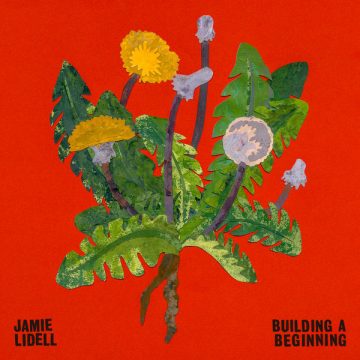 After 20 years making music as an enigmatic talent, Jamie Lidell once again reset the script on his music with Building a Beginning. Produced under his own label imprint, Jajulin Records, Lidell was able to progress the tracks in an unconventional genre-transitioning style. A new sound for Lidell emerges in a seeming blend of Al Greene-meets-The Jackson 5-flavoured Soul Pop with “How Did I Live Before Your Love” and “Nothing’s Gonna Change.” Synthpop comes through strong on several tracks as well, including the album single “Walk Right Back” and “I Stay Inside.” Where the album comes together is with sound blenders such as “Motionless,” which channel the heart of Soul music with an unexpected electronic backbone.

Arguably, the biggest consistency on the album is the influence – family. Lidell’s wife, Lindsey Rome, co-wrote many of the tracks and photographed the album art. The Nashville-based couple just had their first child and, accordingly, they prepared an album chock-full of love and future promise for their son Julian.

Aside from the heartfelt genuine lyrics and the smooth vocals of Lidell, Building a Beginning comes equipped with the sounds of many other talented musicians. Bass was played by Pino Palladino, who has worked with the likes of Gary Numan, Elton John, Peter Gabriel, and Eric Clapton. Jack White’s drummer  DaRu Jones played in as well. Wilco’s Pat Sansone offered his multi-instrumental genius to the album and Chaka Khan’s backup vocalist Tiffany Smith rounded off Jamie Lidell’s sound.

The entire album is available now on all digital platforms and for order. For a closer look into the psyche of Lidell himself, check out the fully animated and mildly trippy music video to “Walk Right Back.”

Here's what we think...
Spill Rating
Fan Rating
Rate Here
New Criteria
10
—
7.0
Total Spill Rating
—
Total Fan Rating
You have rated this
Album Reviews
album reviewsbuilding a beginninghow did i live before your lovejajulin recordsjamie lidellwalk right back
album reviews, building a beginning, how did i live before your love, jajulin records, jamie lidell, walk right back
About the Author
Emily Rubin

Emily Rubin is a lifestyle writer who focuses most of her efforts in the fashion & digital marketing spaces. She forayed her modern version of pen to paper time into the world of Spill Magazine to uncover new music aside from the “Discover” playlist on Spotify. With an eclectic musical palette, Emily reviews a wide host of tunes for Spill, but her concert coverage exclusively explores the scene of her native Montreal.
RELATED ARTICLES
album reviews
10