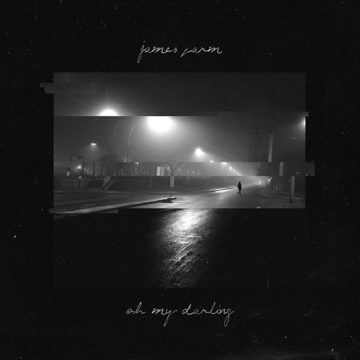 How do you reconcile with personal breakup? One way is to take a long trip far away, and James Parm left Montreal for South East Asia after his breakup. When he returned, he had not lost his girlfriend, but he had also lost his job and his band.

Maybe the way out is to record some new music, and James came up with Oh My Darling. With all the losses he had to deal with, it is evident through the lyrics he had to reconcile his very diverse musical interests that range from ‘90s post-new wave and grunge (“It’s Gonna Take More Than That (Sex, Drugs, and Indie Rock n’ Roll)”), jazz-infused beats (“Ur Dark”), balladry (“Re Arrange”) and electro-pop (infectious “I Know I Know I Know”).

Actually, Parm manages to juggle and combine all these musical elements quite admirably, not confining any specific song to just one idea, but combining them and interweaving elements, like the electro guitar/string section combination of “I Know I Know I Know”. In the end, Parm is able to come up with a unified musical concept that combines all his musical influences without expressly pointing to anybody else’s ideas. Very promising.