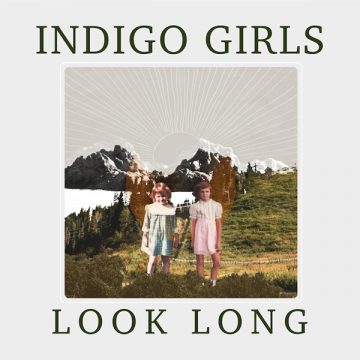 Indigo Girls, composed of Amy Ray and Emily Salier, are a well-established outfit blending folk rock with a southern country sound, and when it works it really is damn good. It is shown at its best on “Shit Kickin” that gets the album off to a fantastic start.  “When We Were Writers” provides a notable following number.

At their best this duo reminds one of The Bangles, and they have a slickly commercial sound that blends their styles with an ease that comes with experience on the road and being together since high school. The feel of the American South flows through the artists and is evident in their songwriting, and their Georgia roots show in the lyrics and musical vibe.

This album is expansive and touches a number of possible fan bases, it also showcases the Grammy Award winning band’s commitment to activism on a number of fronts, including indigenous causes.

Recorded in Bath, England at Peter Gabriel’s Real World Studios, the duo renewed association with producer John Reynolds who produced their 1999 album Come on Now Social. Long Look is very much returning to form, it connects to the grooves of the late 90’s and it allows the duo to look back on their origins, while providing a musical smile for these troubled times.

The music is rooted with the pulsing bass of guest musician Clare Kenny and the lyricism of the voices of Amy and Emily who combine in the sweet melodies.

The Spill Magazine is a Toronto-based online publication dedicated to covering the independent music scene with a strong focus on our thriving hometown talent. Our writers bring you up-to-date news, in-depth features on musicians and reviews for the latest CD releases. We also travel to the front lines for all local festivals including Canadian Music Week and North by Northeast. Don’t forget to check out our Facebook and Twitter pages for all daily Spill updates.
RELATED ARTICLES
album reviewalbum reviewsindigo girls
10