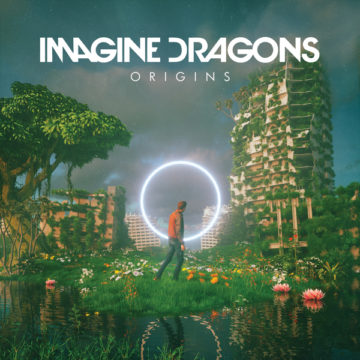 Imagine Dragons is back with their fourth studio album Origins.

Considered a sister album to Evolve, which came out in June 2017, Origins features the typical Imagine Dragons experimental sounds.

Most of the songs are comprised of a mash of sounds that seemingly shouldn’t work together, but somehow they do… and they’re really kind of catchy. This is true for much of Imagine Dragon’s music. They aren’t shy to go beyond the norm of musical composition, to try something new and to hope for the best. And it always works out for them.

What is perhaps most interesting about Origins is the blend of themes on the album. There is the love song “Cool Out,” which sounds like a modern homage to the R&B love songs of the ‘80s and ’90s. Then there is “Bullet In A Gun” with its futuristic electronic ambiance coupled with what is seemingly commentary about fame and criticism.

At the complete opposite end of the music spectrum is the easy-going folk song “West Coast.” This song draws on the current trend in the updated folk sound, the type that has been most common with Lord Huron and X Ambassadors. Imagine Dragons manages to put their own flare on the trend and create a song that is uniquely them.

With fifteen tracks on this album, there is a wide array of music to choose from. Obviously Imagine Dragons is still holding to their mantra of going beyond genres, of creating music that is more about the art than the cookie cutter sound that is often associated with pop music.

Music has always been a big part of Samantha’s life. Whether it was singing with a choir, reading music and playing instruments, or staying up well into the wee morning hours just to listen to the international music program on the radio, for Samantha music was as essential as breathing. One day, Samantha noticed that writing, her other obsession, always seemed to flow alongside music, and the two elements of Samantha’s life co-mingled for years. While at university, Samantha discovered that her passions could be put to use, and she embarked on the path of a music journalist. To date she has written many music reviews, news posts, and interviews and so far her work has appeared in The Voice Magazine, The Scene Magazine, and The Spill Magazine, as well as on her own website.
RELATED ARTICLES
album reviewalbum reviewsinterscope records
8.0