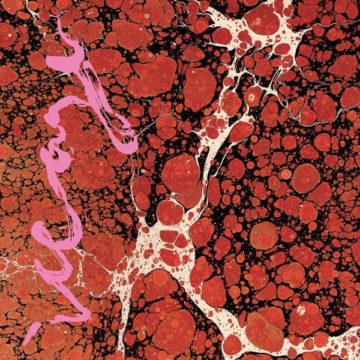 Beyondless begins in truly memorable form, with the fire and ferocity of “Hurrah”, a song about our cultural immersion in violence, war, and ultimately death. It is a well-written diatribe against our seeming inner wiring for violent acts in the name of nations, flags, and in the desire to accumulate wealth. It is also a stormily powerful blast to the eardrums that, as a listener, you almost wish would continue long past the point where the song has ended. Unfortunately, the rest of the album fails to live up to the quality of the opener, though there are still many memorable moments within.

Iceage is a young, Copenhagen-based band still working on its craft and polishing its ability to release relevant, sometimes experimental punk music. Beyondless is its fourth studio album in the past ten years and comes with significant anticipation attached. True to their punk roots, the vocals of Elias Bender Ronnenfelt are powerfully authentic but a long way from melodic; thankfully, the band is often adept at pairing his raw but tuneless vocals with up-tempo and guitar-driven punk rock, which is clearly the band’s strength. When they stray from this formula, especially when the tempo drops, the results are mixed at best; “Under the Sun” is a good example of just that as the drop in tempo and urgency only puts more focus on the tuneless vocals, which is definitely to the song’s detriment. Few people hate The Stooges or Iggy Pop but there are also very few people who want to hear him sing a ballad and the same logic is at work here.

When playing to its strengths, Iceage is a force to be reckoned with; the use of horns on “Pain Killer” and “The Day the Music Dies” is notable, as is the decidedly western-themed “Thieves Like Us”, but none truly live up the power and intensity of the album opener “Hurrah”. No doubt Beyondless will only help the band as it continues its rise to punk prominence, and overall it is a solid album from a band that is still in the process of discovering itself.

Br. lives in southern Ontario, grew up on The Beatles and The Journeymen, spent his adolescence immersed in grunge, and his adulthood in British alternative. His greatest joy is seeing his son dance and grow into his own appreciation of the indescribable joy of music...
RELATED ARTICLES
album reviews
9.0