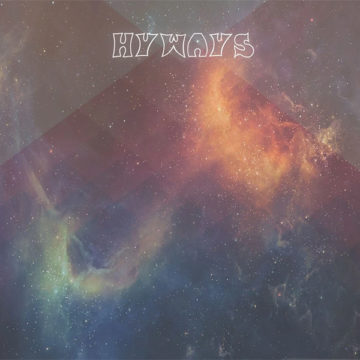 The songs do not always go where you expect them to, listen to “Break For The Winter”, which almost sounds like two different songs. Yet it works. And that was one of the winning factors for the album. On first listen, there was no idea to predict the trail one goes on with Hyways.

The playing is tight and perfect. The production is flawless. Randall Dunn, who also provides backing vocal, knows how to accentuate the best aspects of this band, and he lets them do what they do best. The harmonica playing, for example, in the brilliant “Dead River” elevates the song into a whole new stratosphere.

Giacolino, the songwriter of the band,  tips his hat to many genres and artists who have come before him, but in the end, the songs and their sound are entirely their own. He also writes some damn fine lyrics. The songs sing of love, loss, and struggles with life. “I got to get out of here…running from my fears, found a room, cold and dark” sings Giacolino in “Dead River”. No real hope here, just running and hiding. Much of the album is the same, although he has a wonderful way of expressing himself.

The tunes of the album convey the melancholy of the lyrics, although that does not mean the band does not cut loose here and there. Also, the arrangements and choice of instruments is always inspiring.

This is an impressive debut album. Sure these guys have been around, but Hyways is new, and so is their sound. Calling it Alt-Country sells it short. It is a distinct sound, and an album that after one spin on the turntable, one is hooked.

Born and raised in Whitby, Aaron discovered music through his love of The Beatles. This led to a career in radio, writing for various publications, and ultimately a radio show about The Beatles (Beatles Universe), which ran for over four years. When not immersed in music, Aaron enjoys spending time with the loves of his life -- his wife Andrea, and daughters Emily and Linda (all of whom have an intense love of music too).
RELATED ARTICLES
album reviewsgo
7.0