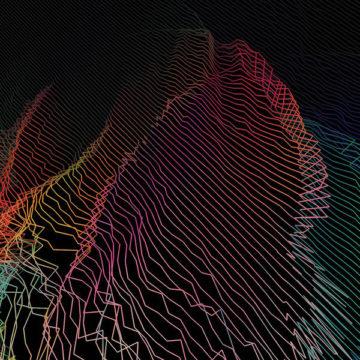 Every press release for a new album reads the same way. “This a departure for the band”, “…brave new territory…”, then it turns out to be the same old crap, but the lead singer bought a new hat or the guitarist grew a moustache.  So when I breezed over the press release for Hundredth’s new album Rare, I saw much of the same lingo, nodded my head and thought, “uh-huh”.

So I put the album on and suddenly sat straight up in my chair. “Whoa”. THIS is a departure. THIS is brave. This is, well, rare. Since their debut album in 2010, Hundredth has been known for their hardcore sound. Pounding drums, heavy guitar riffs and gruff vocals. This album is different. Smoother. like City and Colour is to Alexisonfire. This album blends the familiar with the foreign. The pounding drums are still there. The heavy guitar riffs are still there. Even the gruff vocals still layer the background, but it’s all been covered with a shiny new melodic coating. This is less of a new direction than it is an evolution. The thundering sound of “Chandelier”, the haunting sound of “White Squall”, the drive of “Hole” Is that hints of Oasis I hear?  It plays so well of the whiff of Deftones that oozes throughout. My only knock has to be that the album can bleed together. At the end of the day though, the sound of Rare is different enough to gain a new audience, but isn’t so different that it’ll alienate the current fanbase.

Congratulations Hundredth, you’ve accomplished what many bands want to do, but never will.  Evolve, but stayed true to yourselves.

Drew is a Hamilton, Ontario based photographer who likes to think he can string two words together. His passion for music and photography is matched only by his love for his wife, dog and the Leafs.
RELATED ARTICLES
album reviewshopeless recordsyouth
8.0