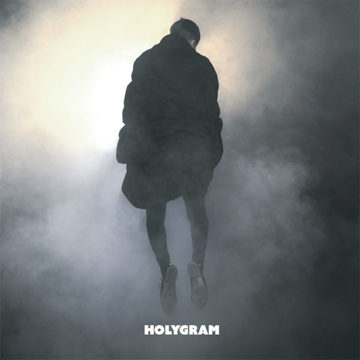 Holygram formed in 2015 and consists of Patrick Blümel (vocals), Sebastian Heer (drums), Marius Lansing (guitars), Pilo Lenger (synthesizers) and Bennett Reimann (bass).  Modern Cults is their debut album, following the release of a self-titled  EP. The album was produced by the band, with Maurizio Baggio (The Soft Moon, Planet Of Doom).

The album has a very promising start, with the white noise of “Into The Void”. It serves as a perfect introduction, and segues into the next song, the title track, “Modern Cults”. This is a brilliant opening, but the band quickly reverts to their influences and 1980’s sound rather than carving out their own distinct style. Given that this is their debut album, this is to be expected, except that, at times, the influences are particularly heavily felt. Give “Hideaway” a spin, and the rhythm section and drumming is straight out of Kate Bush’s “Running Up That Hill”.

Lyrically, it is dark and brooding. “Sometimes when I close my eyes I see you walk away,” , sings Blümel. “ And every time the sun comes up the feeling is the same.”  Dark, and on some levels very clever, but again this is territory that previous bands have been over time and again and provided a road map. The words do tend to go together well with the music. In combination, a certain mood is definitely created.

Just to be clear, Modern Cults is not a bad album, not at all, just not terribly original. The band has a good sound and at times, in songs such as “1997” and “Distant Light”, they are developing their own sound and if they continue to grow in this direction they will develop into their own sound and style. They are very talented, and the potential is there for this band to break out and become astounding.

Born and raised in Whitby, Aaron discovered music through his love of The Beatles. This led to a career in radio, writing for various publications, and ultimately a radio show about The Beatles (Beatles Universe), which ran for over four years. When not immersed in music, Aaron enjoys spending time with the loves of his life -- his wife Andrea, and daughters Emily and Linda (all of whom have an intense love of music too).
RELATED ARTICLES
a factionalbum reviewalbum reviews