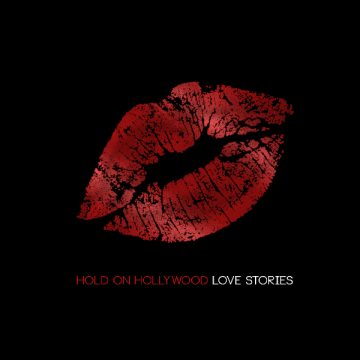 Up and coming rock band Hold On Hollywood have released their second studio EP. Love Stories follows their 2016 debut, Save Me and, more recently, their 2019 single, a cover of Eddie Money’s 1986 hit, “Take Me Home Tonight”, and builds on their 2000s rock sound.

The five-track EP opens with a count into the song, belted out in true ‘80s hair metal fashion however, the band comes in with a mainstream 2000s rock riff that feels small compared to such a grand, dangerous, and raw introduction. There is nothing wrong with “Second Favourite Word”, however, it feels safer than I first imagined. Love Stories picks up with the following track, “Anything You Say”, driven by a dragging groove, an upbeat chorus, and gravelly vocals in tone with the likes of Sixx: A.M.

The latter half of the record continues with the radio friendly, “Movies”. The vocals truly shine bright on this track, and the contrast between the bopping verse and the smooth chorus is strong. “Movies” very well could have been a rock radio hit 10 or 15 years ago. “Too Late” is the last original track on Love Stories and adds an extra layer of depth to the record. Closing with the previously released cover, “Take Me Home Tonight” brings Love Stories to a big, but slightly generic close. Hold On Hollywood’s cover is fun, but it doesn’t seem to deliver much other than being a rock rendition of the pop hit.

Without reinventing the wheel, Hold On Hollywood have delivered their latest release in a manner that develops their sound from their debut EP four years ago. Inspired greatly by the rock of two decades ago, and teetering very closely to pop punk, Love Stories offers five solid tracks that could all very well be prominently featured on mainstream radio.

A passion for music has always been a part of Gerrod’s life. As a young boy, he was raised on a steady diet of the music from The Chili Peppers, Aerosmith, The Stones, Prince, and others from his mum. Raised in the GTA, Gerrod continued to foster his love for music by attending a wide range of concerts and learning the drums. His unapologetic passion for music has no bounds and has spread to a wide variety of styles, whether it be the 90’s rock that sound tracked his teenage years, the jazz he studied in university, or his newfound love for hip-hop. He recently received his bachelors in music and education from York University and is passionate about writing and reviewing good (and less than good) music. Gerrod is also the drummer and songwriter for a Toronto based rock & roll band, One In The Chamber.
RELATED ARTICLES
album reviewalbum reviewsmovies
10