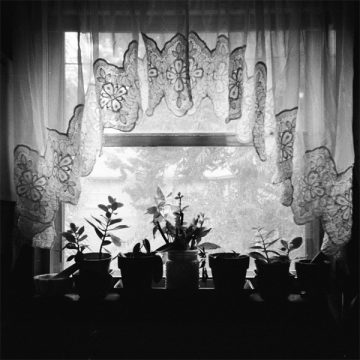 These days, it is not an uncommon thing that a relatively or completely unknown artist gets millions of streaming hits online. There could be  many reasons why that happens. It often hasn’t much to do with the quality of the music, nor does it always transform into popularity and fame.

London, England duo Thom Byles and Michael Phillips, Hanging Valleys, is one such phenomenon. Their first two EPs so far had more than six million streams. While that so far hasn’t led to any great fame, based on the evidence of their debut album Behind The Backs Of Houses, it might have to do with the quality of music.

If you have ever wondered what early Bon Iver performing Cocteau Twins arrangements or productions would sound like, you have your answer here. Hanging Valleys have done it. And while you can hear all of their influences, they still manage to forge them into a sound of their own. Falsetto vocals in a chiming, ambient setting, perfect for a foggy, rainy day, like the one captured through the window on the album’s cover.

In the end, all those streams might eventually transform into something (deservedly) bigger.