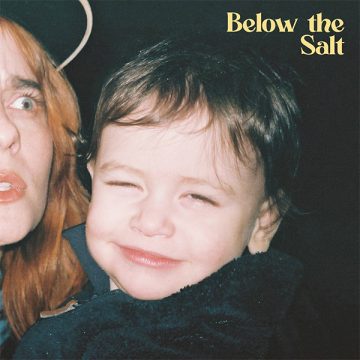 With the release of her debut album Below the Salt, Haley Blais has set herself on the road to indie pop stardom.

The Vancouver-based bedroom pop star has released a handful of EPs and singles in the past, but Below the Salt is a step above her previous work. The album is a collection of nine songs that display a new level of maturity, both in songwriting and production. Blais is taking herself seriously as a musician and it shows.

The production on Below the Salt is wonderful. Co-produced by indie-pop duo Tennis and singer-songwriter Louise Burns, each song is masterfully mixed. Blais’s dreamy vocals feel perfectly balanced amidst the layers of instrumentation, coming to the forefront or sliding into the background depending on what the song requires.

On “Ready or Not”, Blais’s high notes are buried in the mix, blending with the other instruments to create an atmospheric shoegaze jam. Later, on “Firestarter”, Blais is front and centre, belting out “This is not a love song / I wrote too many love songs.” It is a great moment, elevating the track above its sleepy beginning into an alt-country power ballad.

You can clearly hear the musical influences behind Below the Salt. “Someone Called While You Were Out” feels like an indie b-side from Carole King’s Tapestry, “Too Good” has strong Sharon Van Etten vibes, and the layered harmonies on “Firestarter” are reminiscent of Stevie Nicks. Throughout the album, we also hear similarities to the clean melodies of indie darlings TOPS, along with the reverb-drenched guitars and simple percussion of fellow Vancouver band Peach Pit, who Blais plans to tour with in 2021.

However, despite the similarities, Below the Salt does not feel derivative. Instead, Blais pulls these influences together to create something that feels both fresh and familiar.

The music video for “Be Your Own Muse” exemplifies this synthesis of indie bedroom pop and ‘70s alt-country. Directed by Jake Pascoe and shot in one take, the video’s dreamy melancholy pairs perfectly with the music, meandering through a crowded bar before settling on Blais, standing on stage like a folk-pop queen from an imagined past.

Ultimately, this is a charming collection of well-written and masterfully produced songs. A strong debut album for Haley Blais.

Kieran Davey is a freelance writer and music enthusiast from Vancouver, Canada. He particularly enjoys alternative rock, groovy hip-hop, and basically any music from the 60's. Aside from reviewing music, he also loves playing guitar and spending time in nature.
RELATED ARTICLES
album reviewalbum reviews
8.0