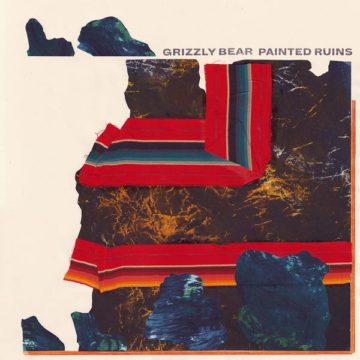 It’s been five years since Grizzly Bear has released a record. In that time, we’ve lost Obama, gained ebola, and upgraded our iPhone five times. It’s definitely been a while. After Shields, the group went into a bit of a hibernation and seemed to retreat into their own individual lives; there were divorces, some solo projects, and even a cookbook made an appearance. These were all well and good in their own way (maybe not the divorces, but who knows), but enough time had passed: we needed a new record. Even though frontman Ed Droste called the creative process of Painted Ruins “fractured” in a 2015 interview with Rolling Stone-half the band was living in New York and the other half in LA, they have never sounded more cohesive.

“Wasted Acres” opens the record with a smooth and eerie sound, very reminiscent of Dan Rossen and his other band, Department of Eagles, circa The Cold Nose. Unlike past records, there doesn’t seem to be one obvious single that pops out at first listen (think “Two Weeks” or “Knife”) all on its own. “Mourning Sound,” while being the second single released, has been partially designated this spot and assigned the first video: a “playful, pastel-drenched commentary on women’s liberation,” according to the press release. It’s a little NSFW, a lot of dancing, and definitely goes with the current political climate. As the songs progress, we continue to hear the complex arrangements and room-filling sound that is Grizzly Bear. “Glass Hillside” is the perfect example of this, with Dan claiming that “it started out with the odd collision of moods between the verse and chorus – the woodsy, dark energy of the verse running up against the overly slick energy of the chorus.” By the time we arrive at the final song, “Sky Took Hold,” the mood is dark but engaging. Ed’s distinctive voice sings the very personal lyrics, with Chris backing him in a deep, rich baritone: “Since I was a young boy it was always there/Inside me growing, none of it seems fair/I’ve come to accept it, let it take the stage/And leave me helpless, watching far away.” And there it ends, in all its ambient, vibrant glory. While quite abstract, Painted Ruins seems to be the perfect album for 2017: it’s weird, it’s haunting, it makes you think. In the world of Dan, “it’s chaos, but it works.”

The Spill Magazine is a Toronto-based online publication dedicated to covering the independent music scene with a strong focus on our thriving hometown talent. Our writers bring you up-to-date news, in-depth features on musicians and reviews for the latest CD releases. We also travel to the front lines for all local festivals including Canadian Music Week and North by Northeast. Don’t forget to check out our Facebook and Twitter pages for all daily Spill updates.
RELATED ARTICLES
album reviewsgrizzly bearMourning Sound
8.0