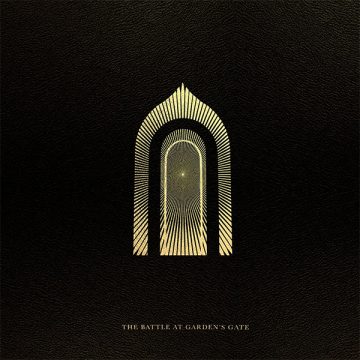 There’s no denying it — Greta Van Fleet have taken a lot of flack. Whichever side of the fence you sit on, The Battle At Garden’s Gate, might just change your mind.

The intro of “The Heat Above” is the perfect opening that sets the tone for the album, perfectly flowing into “My Way Soon”, a song that seems to have grasped the band’s overall feeling of being on tour. ‘And with so much left to ponder/I choose the road’ says it all. The band shot, directed, and edited the accompanying video, capturing two years of footage from their tour, and released it in October 2020.

The guitar solos in “Broken Bells” and “Built By Nations” are nothing short of amazing, stealing the spotlight for just a few moments from Josh Kiszka’s mesmerizing vocals. Wrapping up the album with an ear pleasing guitar solo, “The Weight Of Dreams” is the perfect sound off.

If you’re looking for the typical mushy ballad, you won’t find it here. Greta Van Fleet isn’t interested in cliché love song lyrics, but instead prefer more theatrical and philosophical ones, mixed with the rocking ‘70s vibe that the band is known for.

Give this one a listen.

Melinda is a music enthusiast from the US who grew up on vinyl in the 70s and 80s. She's a lover of all genres, but rock/metal runs through her veins. Music is always in the background and in her head. Unfortunately, she has to have a "regular 8-5" job since "Professional Concert Go-er" doesn't pay the bills. Her bliss would be to follow more musicians and bands than "People she may know" on social media. Her ultimate long term goal is to be the old lady just enjoying the show down in front at the barricades at live shows. Her favorite quote is "Where words fail, music speaks".
RELATED ARTICLES
album reviewalbum reviewsgreta van fleet
7.0