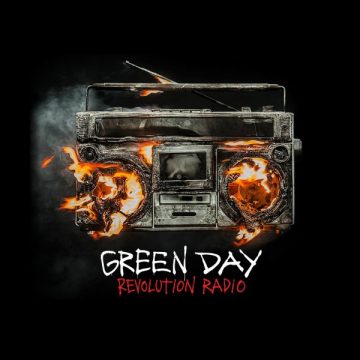 While not as revolutionary as American Idiot, Green Day’s twelfth studio album, Revolutionary Radio, gives us a familiar sound to the 2004 album that’s rather nostalgic. Is it perhaps too familiar?

“Somewhere Now” starts off the album. It didn’t quite pull me in; it’s actually one of the lesser favourites from the new album.

The tracks “Bang Bang” and “Revolution Radio” seem to be a nod to Green Day’s American Idiot album. The first two released songs act as a B-side to the 2004 album; screaming lyrics of rebelling and angst. “Bang Bang” has potent lyrics detailing the recent shootings occurring in The States. “Revolution Radio” also acknowledges the shootings and wants to call out all the corruption facing the nation.

“Bouncing Off the Wall” gave a flashback to the trilogy album, which gave a brief party vibe than just an angst-filled vibe. Another risky move on the band’s part given that the trilogy album was either like or disliked, but mostly disliked.

Besides “Bang Bang” and “Revolution Radio”, you’ll want to listen to “Youngblood” and “Too Dumb to Die”, especially if you’ve been married to American Idiot. “Youngblood” instantly reminded me of a modern day “She’s a Rebel”.

The band takes on some slower jams in this album, featuring “Outlaws”, and “Ordinary World”. Like their ¡Tré! track, “The Forgotten”, “Ordinary World” was featured in a film this year. Instead of vampires and werewolves, punk-enthusiast, Perry, is entering his 40’s and wanting to take a trip down memory lane, or stay there permanently. Perry is played by frontman, Billie Joe Armstrong. This track was a great way to close the album.

Green Day is tried out a few new sounds, a risky move for them seeing as most fans weren’t crazy about their 2012 trilogy album. However one could argue that quite a few tracks mimic melodies from American Idiot and its chords. The tracks that stand apart from the rest are “Say Goodbye”, “Still Breathing”, “Outlaws” and “Troubled Times”.

Green Day’s lyrics never fail to disappoint; always able to be creative and tell a story whether it’s based on true events or purely fictional. Revolution Radio will definitely hold some fan favourites, and not just because they’re catchy numbers. But sticking with familiar melodies is dicey. It’ll either leave you feeling sentimental or like you’re having déja vu.

The Spill Magazine is a Toronto-based online publication dedicated to covering the independent music scene with a strong focus on our thriving hometown talent. Our writers bring you up-to-date news, in-depth features on musicians and reviews for the latest CD releases. We also travel to the front lines for all local festivals including Canadian Music Week and North by Northeast. Don’t forget to check out our Facebook and Twitter pages for all daily Spill updates.
RELATED ARTICLES
album reviewsbang banggreen day
8.0