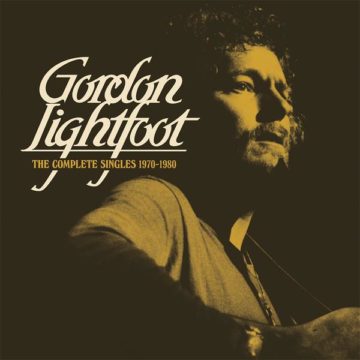 Gordon Lightfoot is a legend in the fullest sense of the word, an honour that few musicians can claim, especially those who are still alive and active, as Lightfoot fortunately is.

Of course, there are better songwriters, better singers, and better guitarists than him, but the combination of his talents creates something truly special. On this compilation, his skill as a composer is displayed in the widely-known original songs such as “Sundown”, “Beautiful”, and “If You Could Read My Mind”, while his covers—Kris Kristofferson’s “Me and Bobby McGee”, for example—are often as good as the originals because of the depth that Lightfoot conveys through his vocal and guitar styles.

This compilation takes the best approach to an artist as prolific and consistent as Gordon Lightfoot: to collect the singles from the most fruitful period of his career (the 1970s in this case). For those who are unfamiliar with Lightfoot’s music or want to hear a variety of his finest work, The Complete Singles 1970-1980 is a perfect way to fill a lazy weekend afternoon, or any other time for that matter.

Formerly a lot of things, including a journalist and a translator, currently a freelance writer living in The Netherlands.
RELATED ARTICLES
album reviewalbum reviewsgordon lightfoot
10