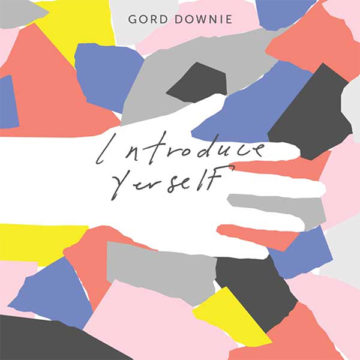 The album was written on the shores of Gord’s beloved Lake Ontario, with each of the 23 tracks about a different person or group of people in his life. Similarly, the album was recorded along the same lake in two four-day sessions at Bathouse Recording Studios (The Hip’s studio), one in 2016 and one in 2017.  In large part a cooperative project between Gord and friend Kevin Drew (Broken Social Scene), it’s clear from the get-go that this double album was crafted with love and tenderness.

With each of the tracks being about a different person, it’s easy to find yourself playing guess who. Who is the woman wearing Coco Chanel No. 5 on track 5 or the person he wants by his side in “Better Ending”?  The lyrics are easy to get tangled in, simple yet confounding, urgent and steadfast. In this one, Gord’s voice rings out:

“Even though their advice is not to, please stay ‘till the better end.”

Other tracks reveal themselves more quickly. The lyrics are what stand out almost immediately. “Bedtime” was obviously written for one (or all) of Gord’s children, as it lovingly describes the act of putting a child to sleep before sneaking out of the room and the baby awaking:

“I’d come back, lift you up, start all over again” Gord sings in his deep and haunting voice over minor piano notes.

He paints a scene most people have found themselves in before but allows them to see it through fresh eyes.

“Love Over Money” describes Gord’s love for his band, The Tragically Hip. It makes sense. The band always split their earnings equally and always stayed together for better or for worse. It makes for a beautiful homage to the men who stood by his side on and off stage all those years. Simply and honestly he sings, “Love deeply misunderstood.  Love, that’s how we got good.”

Second to the lyrics on this album are the instrumentals.  Uncomplicated and unembellished, the sound is mostly made up of acoustic guitar and piano with some light percussion and the odd synth. While this may seem too easy, the backdrop of music ranges emotions from fearful and dire to adoring and gracious. Gord calls on a range of musicians (including his own brother, Patrick) to round out the sound. Gentle white noise on the song “Snowflake” paints a quiet winter landscape where “Thinking About Us” has a much more ethereal feel like an Emerson Lake and Palmer song. Serene and without boasting, the music speaks for itself.

Then all at once, the album is done, quietly but fiercely. It ends on a track called “The North” and from the beginning it’s clear this track is about Gord’s final passion, reconciliation with Indigenous Canadians. Whether he’s writing about Chanie Wenjack himself or a member of his family is unclear but that doesn’t matter. What matters is the call, Gord is telling Canadians to help fight their dark past with new relationships. Contrasting the deep bass notes of Gord’s vocals with sorrowful piano, the song cries out:

The song emotes visions of residential schools, of the warm sun and the Canadian north. Then, simply and calmly, the song ends and fades into white noise. One last time, Gord has used his music to help us know ourselves better and now, know him better too.

Gabrielle Mueller is a lover of all things music, writing and charcuterie boards. Gabrielle has a particular passion for music of the 1960s and the hippie movement in Toronto’s Yorkville district. Gabrielle runs her own music website, The Hippie Historian, where she reviews concerts, interviews musicians and writes about music history that spans the ages.
RELATED ARTICLES
album reviewsarts & craftsgord downie
10