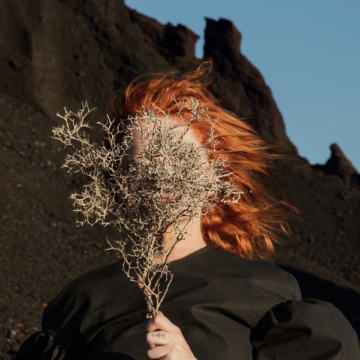 On Goldfrapp’s seventh album, Silver Eye, the London-based electropop duo of Alison Goldfrapp and Will Gregory return to their “Disco Goldfrapp” persona that has brought them great success in the past. You see, ever since their million-selling breakthrough 2005 album Supernature, which spawned three Top Ten singles — including “Ooh La La,” which was nominated in 2007 for a Grammy for Best Dance Recording — Goldfrapp has bounced from folk duo to dance darlings. Their previous record, Tales Of Us, fit into the folktronic Goldfrapp camp.

Silver Eye opens with the silky smooth single “Anymore,” along with its killer chorus, but going deeper, the album reveals itself to be a rather robotic and bleak look into the future. This might have something to do with their collaborators on the project – producers John Congleton (St. Vincent), Leo Abrahams and The Haxon Cloak. However, two outstanding cuts worth noting, aside from “Anymore,” are “Faux Suede Drifter” with its stripped down vocal and cascading soundscapes, and the best of the lot, “Everything is Never Enough,” which should be on a lot of playlists this summer.

Goldfrapp heads out on an east coast U.S. tour in support of Silver Eye at the end of April, including confirmed dates in New York and Philadelphia.

Gerry Young is President of Current Records and Management, and author of the 2011 biography Pop Goes The Weasel: Rock And Roll Off The Record, available at Indigo/Chapters, Barnes & Noble, and Amazon.com. He has recorded and managed Juno Award winning bands Martha And The Muffins and The Parachute Club among others.
RELATED ARTICLES
album reviewsanymoregoldfrapp
8.0