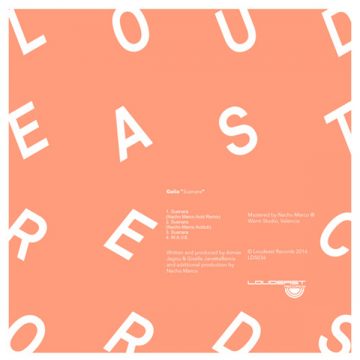 So, what exactly does Suenara mean? To be honest, it doesn’t even matter – we are already in love. GAIIA is a new collaboration by Canadian/French duo Giselle and Aimée, combining electronic beats with eclectic sounds from diverse cultural influences. The EP encompasses deep-house production, infused with soulful and jazzy vocals.

As the listener moves on to “Suenara” and “W.A.V.E.,” it is evident that precise coordination and planning went into these tracks. The structure of the music is unconventional, putting the audience in a trance-like state. “Suenara” inspires some funky dancing; in fact, the music video is a perfect depiction of the song’s dark, feminine, and ominous vibes. Sara Yacobi-Harris is the star of the video – showcasing her flawless figure skating and choreographic skills.

Last but not least, “W.A.V.E.” transforms the listener into a meditative space, while the sound of rolling waves engulfs you. Light some candles and enjoy the full experience of this track. GAIIA is a name to watch out for – they have more to share with the world.