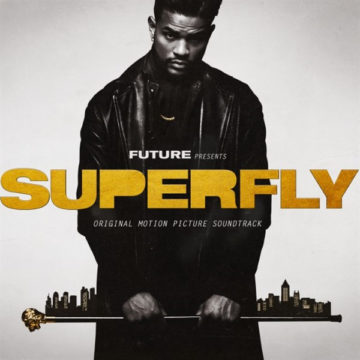 As the movie Superfly comes into theatres, Future is able to release a soundtrack based around the movie.  With eleven songs on Superfly’s soundtrack, Future along with 21 Savage, Miguel, Gunna, Young Thug,  Yung Bans, PartyNextDoor, Lil Wayne, Khalid , and H.E.R  are able to create a movie’s orchestra. When listening to this project, one may think that this is just going to be a typical Future album however, it is much more than that.

The quality of music on this project is well put together. Typically, songs for a movie’s soundtrack do not really mess together, but this is not the case for Superfly. The songs on this project could have been used on Future’s solo project. Through collaborations with Gunna, Young Thug, and 21 Savage, Future is able to deliver music that people would love to here on his solo projects.  Despite giving the same form of music people love him for, Future includes variety on this album. Future allows artists like Miguel, Kalid, and H.E.R to have their own songs on this project. It allows Future to create an R&B vibe for the album. By doing this, it allows the project to stand out more. Hence, Superfly is a good blend of the Atlanta trap scene and R&B.

Specific songs set a tone for different scenes that a person would see in a movie. For example when someone listens to songs like “No Shame”, “Ran” or “This Way”, they can think of intimate scenes between two people or lovers. But when someone listens to “walk on minks” or “Tie My Shoes” they could instantly  think of a club or party scene within a movie. Overall, this project creates a visual presentation of what typically goes on within a movie.

When looking at the SuperFly soundtrack, Future does a great job in creating a movie soundtrack. Future is able to give great quality music that his fans know him for. But at the same time, he is able to create a soundtrack that reflects certain aspects of a movie.

I'm a just lover of hip-hop and photography who grew up in Ajax Ontario. Through this platform I hope to share my opinion on the world of rap and bring a new perspective to new upcoming acts, artist, and the music scene. In addition to being a lover of hip-hop, I love to capture photos of these artist in the mean while.
RELATED ARTICLES
album reviewalbum reviewsepic
7.0