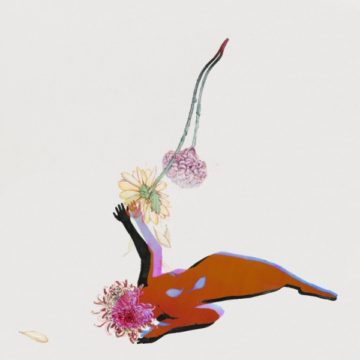 The Far Field is Future Islands 5th record, but it’s the first that they know will be released to eager fans. Their previous album, Singles, came out in 2014 without a label but gained them a performance on David Letterman’s Late Night show. It was that performance that awed the world and made them fall in love with Samuel T. Herring’s intense, mystifying and charismatic stage presence. Following that moment, most things changed for the Baltimore trio. Fast forward to 2017 where Herring & bandmates, Gerrit Welmers & William Cashion, have achieved the success they deserve. They now rank high on the summer festival lineups and sell-out clubs all over the nation but thankfully, not much has changed in the sound of their music.

On The Far Field, Herring still pours his heart & soul into each lyric. Cashion lets the music run full speed ahead with his energetic bass lines and Welmers captures the beauty of the 80s with his compelling synths. Thankfully, it doesn’t seem that their partnership with 4AD skewed anything about their sound. The album’s single “Ran” sets an upbeat new wave tone for the album. Shimmering keyboards establish drama that accentuate the empowering vocals, while propulsive drums steamroll forward to a climactic finish line. The fizzy synth lead of “Beauty of the Road” continues to build until breaking down to Herring’s passionate voice and a cheeky drum loop that Phil Collins might love. “Through The Roses” begins with an ambient and optimistic synth pad and ends with Herring chanting “together” in repetition with the sheer raw energy that only his voice can communicate. Towards the end of the album “Shadows” appears with a fantastic duet with Debbie Harry (Blondie). Harry & Herring exchange lines in the chorus that can only bring about a smile and the urge to get up and dance. The 12 songs make you feel like you’re sprinting through a field or racing down open highways with the windows down.

The album is a brilliantly orchestrated show of indie rock. It brings the joy of Tears for Fears, the power of Duran Duran and the sing-a-long moments of Eurythmics. Future Islands is a band that fought through hundreds of empty shows and the fear of passing their prime age to be performers. It’s a heroic and romantic tale really. This is not just a band that’s only a meme nor are they only a one hit wonder with a wild, dancing man on stage. The album sound is thick and punchy. Its full of life and energy and gleams with inspiration. It communicates defeat and heartache but does so with catchy hooks, triumphant endings and an optimistic demeanor. Most of all, The Far Field feels like a moment in which a large weight was lifted off the band’s shoulders. That relief allowed them to open up and write something that is once again complex and careful, beautiful and dreamy, but this time around feels effortless.

After majoring in business & entrepreneurship at UCSB and traveling the world, Andrew moved to Los Angeles to pursue music and not give up his love for surfing, hiking and yoga. He is also in a couple really cool, up and coming, indie-rock bands in LA - Mothlight & Lone Kodiak.
RELATED ARTICLES
4adalbum reviewsfuture islands
6.0