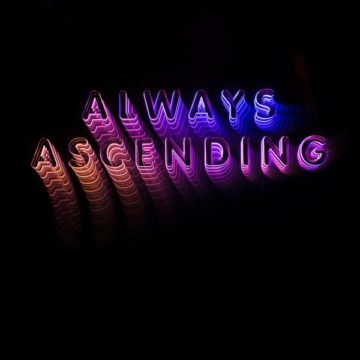 Experimentation is the name of the game when it comes to Franz Ferdinand’s latest album release, Always Ascending. Combining the hip dance beats and loveable Bowie-esque vocals of their previous albums with a groovier, synthesized sound untouched by the band previously, this album adds something new to their discography. This new album promises a lighter, (even) more fun side of the band to fans.

Euphorically starting the album is the title track, “Always Ascending,” a song that is not only completely danceable but repetitive and catchy. The carefree Scottish disposition of the band slides them nicely beside bands of their kinsmen like The Fratellis while still allowing them to stand out in a sea of guitar-focused indie rock. While there may not be a hit like “Take Me Out” on this album, it’s a cohesive unit of natural and mechanic fusion that is a pleasure to listen to.

Undeniably, there are heavy influences of the 1960s psychedelic and folk movements. A true twist of The Mamas & The Papas and The Doors meeting something completely modern, Franz Ferdinand has messily and joyfully sculpted their own sound in the music industry. Seen no better than on the track “Finally,” this sculpted sound is twisted and unique, with no sign of doing anything but charging full-steam ahead.

The record hits a high around track five with the song, “The Academy Award,” a folky little number that somehow works ’80s pop sounds into the end quite nicely. Showcasing some of the most poetic lyrics on the entire album, the song stands out almost immediately from its more upbeat counterparts. Taking a slight downturn, the following track “Lois Lane” is more filler than thriller but acts as a nice segue into a more classically-Franz-Ferdinand track “Huck and Jim.”

“Huck and Jim” is most likely what fans have been looking for. With choruses of thick vocals, distorted open chords, and a drum beat that gets increasingly slower before picking up pace like a speeding train to a chorus of hip-shaking goodness.

Wrapping up the album, “Slow Don’t Kill Me Slow” is a mesmerizing trip that ironically does take it slow, up to a full burn of Muse-like, Trans-Siberian- sounding blast of musicianship. Just as quickly as Always Ascending started, it’s finished in a fury of strange, alien sounds, deep vocals, and always entertaining waves of fantastic music.

Gabrielle Mueller is a lover of all things music, writing and charcuterie boards. Gabrielle has a particular passion for music of the 1960s and the hippie movement in Toronto’s Yorkville district. Gabrielle runs her own music website, The Hippie Historian, where she reviews concerts, interviews musicians and writes about music history that spans the ages.
RELATED ARTICLES
album reviewsalways ascendingdomino records
7.0