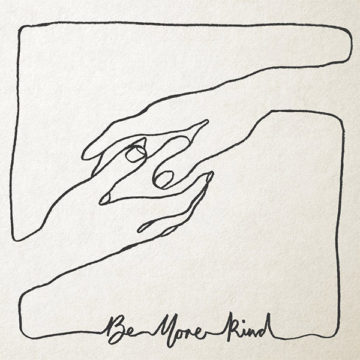 In late 2017, Frank Turner released a career spanning album, Songbook, which included old songs, some reworking of the old songs, and some deep cuts from his catalogue. As this was being issued, he also revealed to fans that recording for his next album, Be More Kind, was complete and would be released in 2018.

True to his word Be More Kind is here and fans will not be disappointed, Turner has not stuck to his tried and true formula. It has the folk elements with some rock infused throughout. The album was produced by Austin Jenkins, Joshua Block (of Texans White Denim) and Charlie Hugall (Florence and the Machine, Halsey). It is safe to say that Turner has not had the success in North America that he has had in the U.K., and Be More Kind may change be the album to change that narrative.

“Don’t worry if you don’t know what to do,” sings Turner in the album’s opening track, “Don’t Worry”. This is an album of hope, perseverance, and genuinely developing a positive attitude. That does not mean that the album is full of false promises, Turner is well aware of what is going on, but he does look for the internal revolution.

Politically, he does not flinch away from the issues of today. Listen to “1933”, which sounds a lot like Billy Bragg. But the lyrics are clever, and “1933” does demonstrate some new, hard directions in which Turner has decided to go. Sure he has rocked out in the past, but here he sounds really angry. And it suits him.

Wisely by the end of the album he reverts to more of the folk tradition and the album ends with two of the strongest songs of the set. “Lifeboat” is perhaps the most disturbing song of the album and features very tasteful orchestration. Finally he decides to end the album on a more positive note with the beautiful “Get It Right”.

Be More Kind is an album, it flows, and has many themes interwoven throughout the 13 songs. It should be enjoyed as an album. Turner is a brilliant lyricist, and could spend the entire review quoting songs. But the songs are melodic, well produced and extremely smart. Perhaps revisiting the older songs inspired him in his writing, and the end result is Be More Kind.

Born and raised in Whitby, Aaron discovered music through his love of The Beatles. This led to a career in radio, writing for various publications, and ultimately a radio show about The Beatles (Beatles Universe), which ran for over four years. When not immersed in music, Aaron enjoys spending time with the loves of his life -- his wife Andrea, and daughters Emily and Linda (all of whom have an intense love of music too).
RELATED ARTICLES
album reviewsbe more kindblackout
7.0