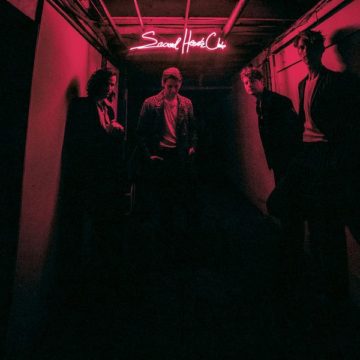 Foster the People come out swinging with their first track “Pay the Man” on their new album Sacred Hearts Club. With a sound slightly edgier and more industrial than their last album, “Pay the Man” is a serious step forward for these California kids.

FTP ramp up the album with the radio hit, “Doing it for the Money” which is slightly more poppy and definitely a catchy hit for the summer.  As an album that was, according to Mark Foster, created with “joy and musical freedom”, this track sets the precedent for said joy. From here, the album slows down slightly with the tracks “Sit Next to Me” and “SHC” which evoke influences of Mika and MGMT.

The overall sound of Sacred Hearts Club is upbeat and airy in the best way possible. The techno-pop vibe combined with youthful vocals makes this album a sublime summer release perfect for long drives or late night hang outs.

“Harden the Paint”, the second last track on the album, sounds a bit like Phantogram with fantastically ethereal vocal tracks and back beats that remind one of a 90s videogame. A definite highlight, it leaves the listener wanting more.

Not to be missed, Sacred Hearts Club is an exciting addition to Foster the People’s discography that shows tremendous growth and musical prowess.

Gabrielle Bossy is a lover of all things music, writing and charcuterie boards. Gabrielle has a particular passion for music of the 1960s and the hippie movement in Toronto’s Yorkville district. Gabrielle runs her own music website, The Hippie Historian, where she reviews concerts, interviews musicians and writes about music history that spans the ages.
RELATED ARTICLES
album reviewscolumbia recordsfoster the people
9.0