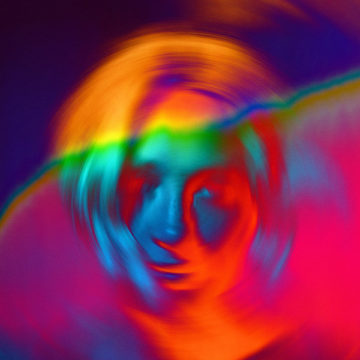 Righteous Woman is electronic folk music. For this album, For Esmé’s Martha Meredith is clearing fronting the band and the album is her concept album. It is a feminist album, but rather than a political stance, she is using the feminist framework to write about herself. She is not dictating, but trying to relate and explain her inner thoughts and emotions.

This is the first  For Esmé album since 2015’s Sugar, and their third. While Sugar was a very dance-oriented, fun album, Righteous Woman is clearly the most personal album Meredith has written to date. Musically, it is very electronic, and very danceable. The music draws one in, and Meredith delivers the lyrics. One can only hope people are listening as they dance.

The album kicks off with “To Love”, a remarkable song with some very strong vocal performances from Meredith. This is followed with “I Never Learn”, then “Small Talk”, which paves the way for “To Hate”. But Meredith does not want to stay in a negative zone, so the rest of the album is a roller coaster ride through emotions and thoughts. She is not easy on herself and she implicates herself throughout. Yes there are obstacles for women, but where does she fit in? This is not victim blaming, but rather empowerment.

Working with Dave Thiel, who plays on the album and co-wrote some of the songs, and producer James Bunton, who also contributed to writing, Meredith has the perfect soundtrack for her strong lyrical content. This is electronic, danceable music with introspective lyrics and meaning.

Righteous Woman is a great album, and one that deserves to be heard.

Born and raised in Whitby, Aaron discovered music through his love of The Beatles. This led to a career in radio, writing for various publications, and ultimately a radio show about The Beatles (Beatles Universe), which ran for over four years. When not immersed in music, Aaron enjoys spending time with the loves of his life -- his wife Andrea, and daughters Emily and Linda (all of whom have an intense love of music too).
RELATED ARTICLES
albumalbum reviewalbum reviews
7.0