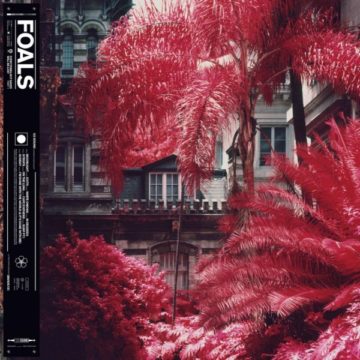 Foals
Everything Not Saved Will Be Lost, Part 1
Warner Music

Foals, like their Oxfordshire brethren Radiohead, are not just unafraid of reinvention but actively and consistently embrace it. They are fiercely unapologetic about their desire to make music inspired by their passions and have again made an album that is as relevant to the times within which it was recorded as it is authentically their own.

On Everything Not Saved Will Be Lost, Part 1 (part 2 to be released autumn 2019), the quartet have again embraced the possibilities offered by electronic-leaning production and sonic landscapes but have rooted them in layers of complexity such that each song reveals itself in new ways upon each listen. There is a ferociousness here, a relentlessness, to this album that feels like a sharp intake of breath; it is measured and controlled, a palpable tension that somehow sustains itself before the cautious release of album-closer “I’m Done With the World (and it’s Done With Me)”.

There are so many directions of influence that can pointed at on this album; it is made with such impressive instrumental nous as to be an album that many others will point to in the future as being the gold standard for alt-rock albums from this generation. Ferocious, fearless, and embracing of all of the world’s flaws, Everything Not Saved Will Be Lost, Part 1 is a phenomenal album that exists impressively on its own, so much so that it’s already hard not to be overwhelmed by the anticipation of Part 2.

Br. lives in southern Ontario, grew up on The Beatles and The Journeymen, spent his adolescence immersed in grunge, and his adulthood in British alternative. His greatest joy is seeing his son dance and grow into his own appreciation of the indescribable joy of music...
RELATED ARTICLES
album reviewalbum reviewswarner music
9.0